The biggest talking point about the Xiaomi Redmi Y1 is its 16-megapixel front-facing camera with a LED flash as well for the selfie lovers. Redmi Y1 Lite is also similar to its elder sibling in the Y series but it comes with a 5-megapixel front shooter. At the event held in New Delhi, India, Xiaomi also announced the launch of MIUI 9 Global ROM in the early November for Redmi devices including Redmi Mi Mix 2, Mi Max 2, and Redmi Note 4. 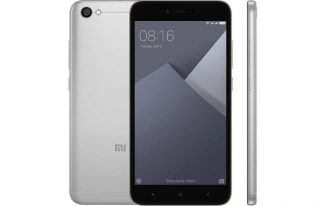 As mentioned earlier the most important highlight of the Xiaomi Redmi Y1 is its front-facing 16-megapixel camera with an LED flash. Apart from this, the smartphone sports a 5.5-inch HD display with 720×1280 pixels and a Corning Gorilla Glass protection on top of it. The device is powered by an octa-core Qualcomm Snapdragon 435 SoC which is coupled with a 3GB RAM and Adreno 505 GPU. The Xiaomi Redmi Y1 also includes an internal storage capacity of 32GB, with support for microSD card as well.

Now coming to its highlight, the smartphone is a delight for selfie lovers since it comes with a 16-megapixel front-facing camera with f/2.0 aperture, 76.4-degree wide angle sensor and a dedicated flash along with the Beautify feature that post edits your photos to make them better. Furthermore, the phone has a 13-megapixel camera with PDAF technology and f/2.2 aperture.

This made-in-India smartphone is available in Grey and Gold colors. It sports a fingerprint sensor at the back and also has an infrared sensor as well. The smartphone has basic connectivity options including the support for 4G VoLTE. It’s powered by a 3080 mAh battery, which would be enough to run the device for more than 12 hours.

The Xiaomi Redmi Y1 Lite looks almost the same as its elder sibling. It runs on the Qualcomm Snapdragon 425 Processor that is coupled with a 2GB RAM and 16GB internal storage unit. The main difference between the Redmi Y1 and the Y1 Lite is the front-facing camera. Redmi Y1 Lite sports a 5-megapixel camera on the front and a 13-megapixel shooter at the back, like in the Redmi Y1. The device also gets its juice from a 3080 mAh battery.

The Xiaomi Redmi Y1 is available in two variants in India, which starts from Rs.8999 for the 3GB RAM and 32GB version. There’s another variant of the phone that comes with 4GB RAM and 64GB internal storage. This is priced a little on the higher side at Rs.10,999. When it comes to its younger sibling the Redmi Y1 Lite, it comes in a single variant having 2GB RAM and 16GB internal storage and it’s priced at Rs.6999 in India. Both the devices will be up for grabs via Amazon India, and Mi.com starting 8th November. It’s expected that the devices will make their way to the offline stores as well after their online launch.

With the launch of the Xiaomi Redmi Y1 and Y1 Lite, the smartphone giant also introduced the all-new MIUI 9 Global ROM in India. The new OS has many additions and improvements over its predecessors and has some new features, like built-in image search, Xiaomi’s Smart Assistant, and a new file system as well. Based on the Android 7.0 Nougat, Xiaomi’s Smart Assistant allows you to search for photos in the gallery based on their location and names. 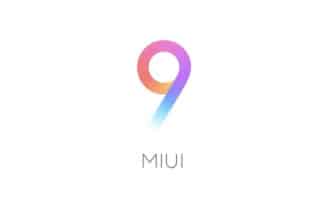 The new UI also comes with a Smart App launcher that can open or close apps based on the content present on the screen. Additionally, you can also find some improvements that are customized only for India. The new UI now shows text messages for railway bookings and more in a card style design layout. You can also find more action buttons on your messages. Another noticeable change that you find in the MIUI 9 is the Calender that now shows a list of all the major Indian holidays. The UI will be rolling out to Mi Max 2, Redmi Note 4, and the Mix 2 starting soon.