The gaming and the game console industry is a very lucrative industry that’s been appealing to people no matter of their ages, geographical locations, or even their backgrounds. It’s a multi-billion dollar business with thousands of companies developing games and gaming consoles to lure the game-loving audience. However, in this industry, there are three major game console manufacturers that take the majority of the market share. The competition between Nintendo, Xbox owned by Microsoft, and PlayStation owned by Sony is fierce and each of them looks to outclass each other by producing state of art gaming consoles. With Nintendo’s Switch the most recent and new gaming console the competition has grown even more fierce.However, if the Nintendo Switch doesn’t seem fancy to you, it’s just a two-way decision between the Xbox One VS PS4.

Detailed comparison of the Xbox One VS PS4

Is the Xbox One better or is it the PS4?

This question is hugely debated between the Xbox and PlayStation diehards for some time now. While Sony’s PlayStation is the most selling gaming console with almost 55% of the total market share, the Xbox is catching up very fast with its newest edition the Xbox One. Here are some of the key specs and other features of both the consoles that could help you differentiate between them.

Complete details about the PS4 and the Xbox One

Xbox One VS PS4 games

Before you even go down to check the hardware, operating system, and the controllers, it’s worth learning about the games that you get with both the consoles, because they’re the things that matter for a gaming console. After almost three years of their launch, both the Xbox One and the PS4 have libraries with thousands of games to choose for and moreover, they also have their own set of exclusive games, which are in many ways a major selling point for the consoles. Here’s a detailed list of the games available for both the gaming consoles.

Microsoft’s Xbox One supports close to 1000 games that are available to buy in various offline stores and Xbox live online store today. However, it’s the exclusives games that are the biggest hit among the people, which include the Gears Of War, Halo 5: Guardians, Sunset Overdrive, Froza Horizon 3, Quantum Break, and Sunset Overdrive. Microsoft is also aggressively pushing more Xbox One games that are exclusive for the console, like the Mass Effect, Final Fantasy, and others that could make the Xbox One a good console to buy. Furthermore, the backward compatibility of the Xbox One is very good as it can play most of the games that were supported by the Xbox 360. You can find about the other Xbox One games here. 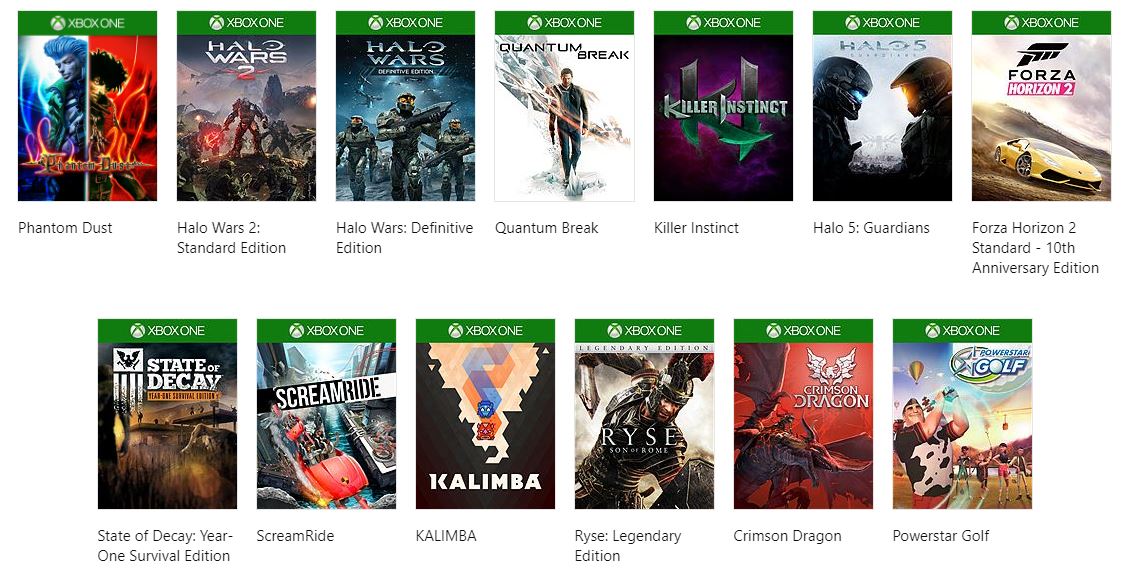 The game catalog for the PS4 crosses over 1100 games. While Sony doesn’t have as many exclusive games as the Xbox One, it has a library comprising of games like Uncharted, Ratchet & Clank, Bloodborne, DriveClub, The Last of Us, God of War, Until Dawn, and No Man’s Sky which is great. However, the part where the PS4 falls behind the Xbox One is the backward support. You can find about the other PlayStation games here.

Xbox One VS PS4 design

At their launch, both the Xbox One and the PS4 looked almost similar with both of them made from a combination of matte and glossy plastic. However, with the passage of time and introduction of various variants of both the consoles one thing is sure to catch your attention and that’s the size. Both the Xbox One and PlayStation 4 have refined their consoles and the Xbox One looks sleeker and modern than the PS4. The recently launched PS4 has tried to make the PS4 sleeker but in terms of design, the Xbox one is a very good looking console.

Xbox One VS PS4 specifications

This is where Sony’s PlayStation 4 stands out and outperforms the Xbox One. The PS4 has 50% more GPU units than the Xbox One, which allows it to provide great parallel processing power that provides great in-game effects. PS4 also has a simpler memory management system with an 8GB DDR5 RAM which is way faster than the DDR3 RAM used in the Xbox One. The frame rates supported by the consoles are also different and the PS4 has a clearer advantage in this factor as well. While the Xbox One runs at a resolution of 1600×900, the PS4 runs at a resolution of 1920×1080 which is way sharper than its competitor.

Xbox One VS PS4 controllers

On the other hand, the new PS4 Dualshock 4 controller has also come with many leaps and bounds over its predecessor. It’s now more comfortable to hold with the new analogue sticks providing greater resistance and precision than ever. Another interesting feature of the new PS4 controller is the small trackpad that has made its way to the controller. It allows the user to swipe across and use it as a trackpad, like in a laptop. 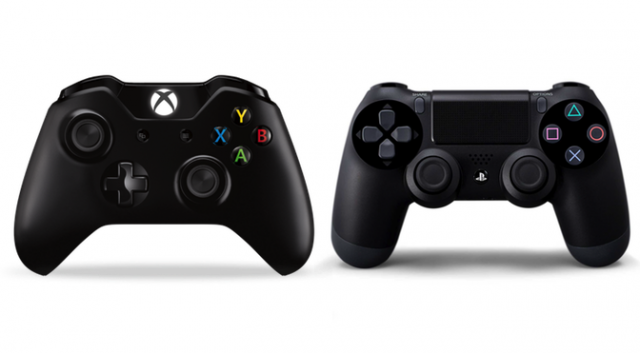 Xbox One VS PS4 price

Since their launches in late 2013 the prices of both the consoles have gone down considerably. The Xbox One is priced at Rs 31,000 – Rs 33,000 for the 500GB variant and Rs. 37,000 – Rs 39,000 for the 1TB storage version. The Xbox One prices can be lower in some of the online stores like Amazon or Flipkart, so it’s recommended to look at them before buying one.

The battle of the Xbox One VS PS4 is a fierce one with both the consoles giving tough competition to each other. While the PlayStation stands out in terms of the processor and memory management, the Xbox One stands out on its support for games and the controller. Now it’s on you to decide what your needs are when it comes to gaming consoles.