Buying a smartphone in this day and age is a tough choice; given the sheer number of devices available in the market. However, if you have your budget defined, buying a smartphone becomes at least somewhat easier. For all those people who want to enjoy the perks of a smartphone without investing too much money into the gadget, there are plenty of phones which cost less but do so much more. Therefore, we bring to you the 5 Top 4G Smartphones Under 5000 rupees bracket (in no particular order, though), so that you can make the most of the internet world. 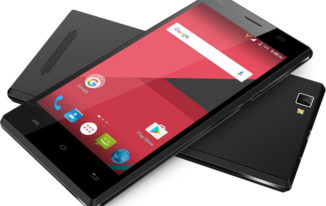 The XOLO Era 1x was released in September 2016, but still remains one of the best smartphones that come with a 4G connection and a reasonable price. The hardware, software and all other specifications that the phone carries are enough to give one a proper smartphone experience at a fraction of the price, making it one of the top 4G smartphones under 5000, which is a big thing in itself.

The XOLO Era 1X is a pioneer product in its particular price range, hence the inclusion in the list of top 4G smartphones under 5000 rupees range. The smartphone has a 5.0 inch touch display with a screen resolution of 1280 x 720 pixels, resulting in an amazing graphic experience. Powered by a 1.3 GHz Quad Core Processor, the phone also boasts of 1GB RAM, an 8GB internal memory and an expandable memory of upto 32GB via microSD cards. The smartphone is available in 2 different colors: Black & Gun Metal color, and runs on Android 6.0 Marshmallow. 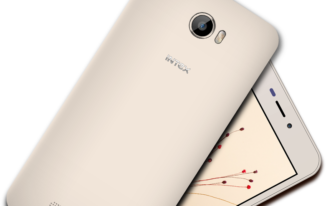 The Intex Aqua 5.5 VR was launched in October 2016 and is another smartphone which is quite high in caliber compared to its pricing. Its stellar features ensure users of its wonderful performance as a 4G smartphone, which is what makes it get in the list of the top 4G smartphones under 5000 rupees as well as one of the most promising low-budget 4G phones to look out for.

Intex has showcased the Aqua 5.5 VR as a smartphone for people interested in viewing virtual reality content (hence the VR in the name). Surprisingly, the smartphone box can be made into a Google Cardboard viewer. As expected by anyone, the VR experience is quite basic. However, you can download the Cardboard app and other VR apps/games from the Google Play Store for this. It works well, for the most part, hence it being in the top 4G smartphones under 5000 rupees radar. 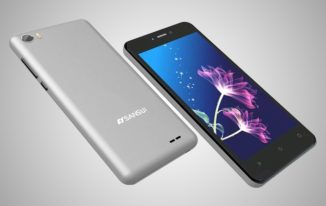 One of the only two smartphones released by Sansui in India, the Sansui Horizon 2 is a low-cost 4G mobile phone which comes with almost the same features as any regular 4G phone. This budget model runs on Android 7.0 which is amazing, considering most other phones in this price range still stick to Android Marshmallow.

Read More: Best 4G Smartphones/Mobiles under 10000 That you can Buy 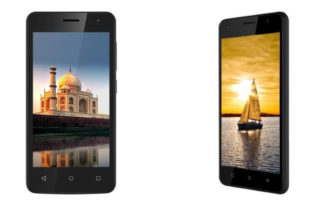 The iVoomi Me4 was launched for the Indian markets in the month of July this year. Although less known than the other smartphone brands mentioned on this list, the iVoomi Me4 is another fabulous low budget phone for those who want it. It has some amazing features at its minimal pricing which can literally blow away anyone’s mind and get it a place in the list of top 4G smartphones under 5000 rupees.

The iVooMi Me 4 box comes in a standard smartphone package, and is just like any other budget phones. The device comes in three color variants – Champagne Gold, Slate Grey and midnight black. All in all, the iVoomi Me4 is an entry-level smartphone with minimalistic features added to it. 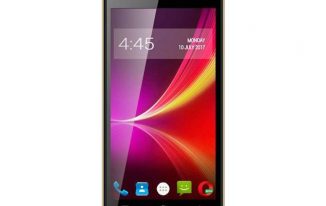 The Californian company Swipe Elite 4G is another new entrant in the low-budget smartphone market. Launched in August 2017, the smartphone is a good choice for people who are looking for a 4G phone with a decent camera but at a low cost.

The Swipe Elite 4G features a good battery backup, you can play movies, videos, music, games, apps etc for long hours. The cameras capture nice shots, making it a promising contender for the list of top 4G smartphones under 5000 rupees. The handset is well-designed for the ones who are looking forward to buying a 5-inch smartphone at a low cost. However, one must keep in mind that the battery is non-removable.

All the phones mentioned above are absolutely heavy contenders for the spot of the top 4G smartphones under 5000 rupees. However, this list was carefully constructed after comparing a plethora of cell phones that fall under the same pricing range. If you are someone looking for a 4G smartphone at a reasonable price, then this is definitely the list to swear by. However, there are other honorable mentions in this category as well, i.e. some of the phones which fall under the same price bracket but could not make it to the list.