With so many phones launching almost every month, the competition among the smartphone manufacturers to lure the customers has increased many folds. The manufacturers are coming up with various innovations and new technologies in their phones to make them stand out among their competition, which has in in fact benefited the customers. Sony, one of the most popular smartphone manufacturer has been one of the best innovators in terms of smartphone technologies and has always been looked up by the people for its great smartphones. The recently commenced IFA 2017 Berlin saw the launch of Sony’s new flagship smartphone named Sony Xperia XZ1.

The Sony Xperia XZ1 is the first smartphone in India that ships with the latest version of Android, which is Android 8.0 Oreo, out-of-the-box. A predecessor of the Xperia XZ Premium, the phone retains its slab-like design, which it’s famous for with an added matt finish. Add to that the latest Qualcomm processor it packs under the hood and the Xperia XZ1 has got what it takes to give its competition a run for their money. Another big highlight of the Sony Xperia XZ1 is the 3D scanner that’s present inside the rear camera, which is capable of building a full-scale 3D model of any other object in just a matter of seconds. Here’s everything that you need to know about the new Sony Xperia XZ1, including its technical specifications and reviews.

The Sony Xperia XZ1 has the classic design that most of the Sony smartphones carry. It features a rectangular design that Sony has used for years now. However, you can see a little improvement in the design, thanks to the infinite loop design which now extends to the top and bottom portions of the phone. The phone has an all-metal body that feels sturdy, durable, and looks premium as well. Furthermore, the India variant comes with dual-SIM support as well as a fingerprint sensor embedded inside the power button on the right. However, you might fell the design to be a  little old-fashioned. 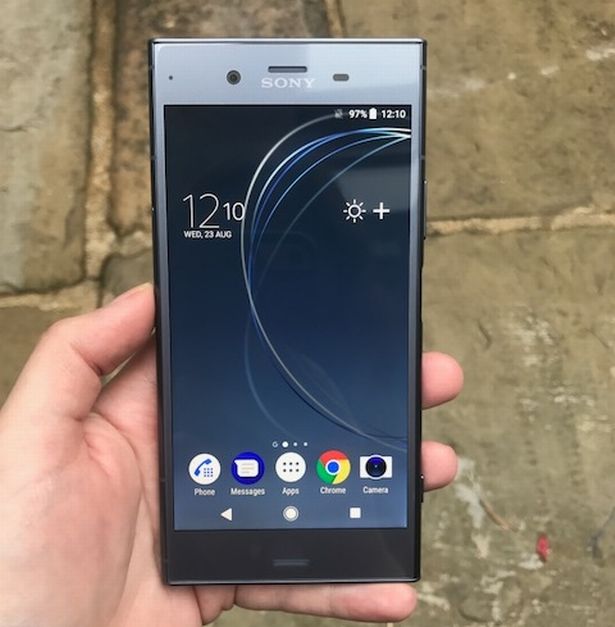 While the design is a little predictable, the display has taken everyone by surprise. The Sony Xperia XZ1, unlike other flagship smartphones, carries a smaller display. It’s got a 5.2-inch IPS LCD display with a resolution of 1920 x 1080 pixels, and Sony’s TRILUMINOS technology that’s protected by Gorilla Glass 5 by Corning. The resolution of the display might not be the highest but the quality of the display is guaranteed to be very good. you can find the display to be surprisingly bright with great colors, thanks to the TRILUMINOS technology. Additionally, the display is also HDR10 certified, which means you’ll be able to enjoy content with better color, clarity, and contrast.

The Sony Xperia XZ1 has a lot to offer in terms of hardware. For starters, it comes with 4GB RAM and 64GB of internal storage with support for a microSD card as well. The Sony Xperia XZ1 is powered by Qualcomm’s flagship processor Snapdragon 835, which is the most popular processor that you see in most of the premium smartphones today.Like most of Sony’s premium phone, the Xperia XZ1 is IP68 certified, which means it’s waterproof and dustproof to some extent. The phone also comes with a headphone jack which comes as a respite for many music lovers. XZ1 also sports dual front-facing stereo speakers, a feature that has somewhat faded away in the current smartphone landscape, but they’re great to see here. 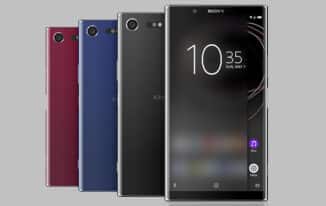 The Sony Xperia XZ1 is one of the flagship smartphones that seems to have skipped the dual camera setup craze. It doesn’t come with any bokeh mode or other fancy tricks. However, there are some things that make the camera of the Xperia XZ1 very interesting. The camera is a 19-megapixel Exmor RS sensor with 5-axis image stabilization, 4K video recording, and slow-motion video at 960 frames per second. Sony has named the camera as Motion Eye because of its ability to predict and capture pictures. This technology helps in capturing unexpected motions that most of the other smartphone cameras miss. For selfies, the smartphone has a 13-megapixel shooter at the front that is expected to take very good pictures. 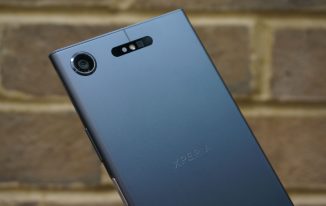 Furthermore, the biggest standout feature of the Sony Xperia XZ1’s camera is the new 3D capturing abilities. The camera has got a new 3D Creator app that lets you create 3D scans of faces, food, and other objects. It’s obvious that not everyone will find this feature useful and attractive but 3D-scanning capabilities in a smartphone camera is absolutely impressive. Sony is also working hard to give this technology a variety of use cases beyond creating your own 3D GIFs and stickers. You might find updates for this feature very soon. 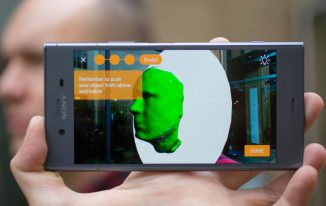 The Sony Xperia XZ1 is the first Android smartphone to ship with Android Oreo 8.0 out-of-the-box. This means that you needn’t wait for updating your phone until other phones start receiving it. It also means that you get all of the improvements of the Android 8.0 update such as new visual tweaks, notification dots, a revamped settings menu, native picture-in-picture, adaptive icons, new auto-fill APIs, and much more.

When it comes to battery, the one which is included in the Sony Xperia XZ1 might disappoint many people.  It’s got a 2,700 mAh battery, relatively small compared to other competing flagships. The Sony Xperia XZ1 supports fast charging with Qualcomm’s Quick Charge 3.0, which means you’ll be able to charge the phone faster.

The smartphone has been already launched in India and is available at most of the retails stores. Priced at Rs. 44,990, you can also get your hands on this powerful device at all the major online stores. The smartphone packs an impressive design and all the high-end specifications which a flagship should have. It has a fast processor and the latest Android operating system but it still lacks some of the things like a good battery.

So, what do you think about the Sony Xperia XZ1 after knowing the specifications and the price. Let us know about your views in the comments below.