Samsung has had a lot on its shoulders with the Galaxy Note 7 batteries being a major business fiasco and needs to redeem its brand image in the market. The company itself hasn’t shied away from acknowledging that it needs to earn customers’ trust again. The mistakes it made were inexcusable, and the danger to lives and property was very real. However, Samsung handled this PR nightmare in the best way it could and has been working extra hard for its next set of phones that hit the market. This is how we come to the Samsung S8 Plus and S8, the brand new phones which the company launched this year.

The newly launched Galaxy S8 and Samsung S8 Plus are being held up to intense scrutiny because there’s a bigger void than usual to fill. There is no doubt a huge PR cloud over this launch, and we can well imagine how careful Samsung must have been with the design and manufacturing of these phones. It’s really a pity because to frame the existence of the Samsung S8 Plus and S8 only as some kind of test that Samsung needs to pass would be to miss the point of what these devices really achieve. These two devices reimagine, from the ground up, what an Android phone can and should ideally be. 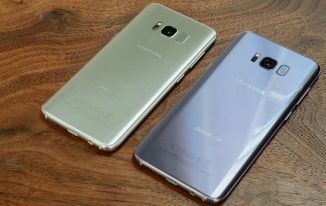 The problem is that we all could do a little reimagining. But for this, we need to understand the point everyone seems to be missing here. In the beginning, when smartphones were a thing of power and prestige, Samsung was anonymous to Android as iOS to the iPhone. If you were buying a luxury phone that wasn’t an iPhone, it was the current reigning Galaxy S model – or a Galaxy Note if you wanted to be different. Other options did exist, but mainly on the fringes of the market.

Samsung S8 Plus and S8 Features and Design

For at least the last few years, the most important thing for mobile phone manufacturers has been to launch a smartphone which is nothing but a touchscreen with no borders. The defining feature of the Galaxy S8 twins is their oversized screens – Infinity Displays, as Samsung is marketing them. The screens on these phones curve around the sides making for a border-free look. How these phones go further is by extending nearly to the top and bottom of both phones. There’s still about 1cm of space on both sides, but while the earpiece, front

How these phones go further is by extending nearly to the top and bottom of both phones. There’s still about 1cm of space on both sides, but while the earpiece, front camera, and sensors can be squeezed into the top, Samsung made the decision to ditch its branding and the iconic physical Home button on the bottom. 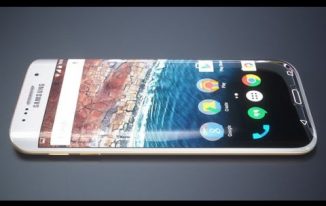 With their screens off, both phones look beautifully minimalist. The level of polish that Samsung has achieved here is stunning. The glass front and rear both curve at the sides to meet a metal frame forming an almost perfectly continuous surface. Both the S8 and the S8+ feel extremely smooth, but somehow Samsung has managed to avoid making them too slippery.

Other than physical size, both phones are identical. You’ll find a power button on the right and a volume rocker on the left with a dedicated button for the new Bixby assistant right below it. You might often find yourself hitting this by mistake when you are reaching for the volume down button. There’s a USB Type-C port and a 3.5mm audio socket on the bottom and a hybrid dual-SIM tray on the top. Both phones are also certified IP68 for protection against water and dust ingress.

This is a key point in the battle of aesthetics vs usability. With no physical button, the fingerprint reader had to be shunted out. Samsung had to settle for a traditional sensor on the back. It’s extremely difficult to reach, especially if you’re left-handed.

Samsung s8 Plus and S8 Specifications 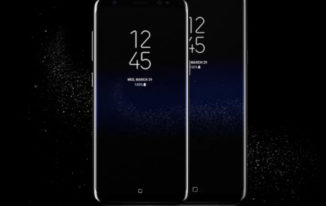 There are two versions of each model – the so-called international ones, which have been launched in India, are based on Samsung’s own in-house Exynos 8895 SoC, while the ones sold in North America use Qualcomm’s latest and greatest Snapdragon 835.

The Exynos 8895 has four custom Samsung M2 CPU cores and four ARM Cortex-A53 cores running at up to 1.9GHz, balancing performance and power efficiency. There’s also an integrated ARM Mali-G71 GPU which promises up to 60 percent better graphics performance than before. There are also improvements to the media decoder, camera image signal processor, LTE modem and encryption subsystems, plus a new vision processing unit to enable object recognition and motion tracking.

Both phones have 4GB of RAM and 64GB of storage. They’re dual-SIM capable with 4G at Gigabit speeds and VoLTE, but you want to add more storage using a microSD card, you’ll lose one SIM slot. You also get Wi-Fi 802.11ac, the brand new Bluetooth 5.0 standard which improves speed and range, NFC, and GPS.

The Galaxy S8 has a 5.8-inch screen while the Samsung S8 Plus has a 6.2-inch screen. Both have the same resolution, 1440×2960, which gives the smaller model a slight edge in terms of pixel density. Both phones have 12-megapixel rear cameras. The Galaxy S8 and S8+ have 1.4-micron pixels on a 1/2.55-inch sensor, plus optical image stabilization and a f/1.7 aperture. The front cameras on both phones have 8-megapixel sensors and f/1.7 apertures as well.

The smaller Galaxy S8 has a 3000mAh battery while its bigger sibling can fit in a 3500mAh unit. Wireless charging and quick charging are both supported. The built-in speaker is pretty good, but it’s still mono and fires downwards. The sound isn’t very rich, but it’s clear even at high volumes and a group of people could enjoy a video without any problem. You get a nice-looking headset in the box.

Samsung S8 Plus and S8 Price in India 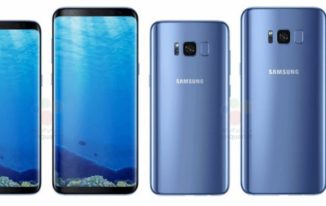 Notably, the updated prices are not showing on the company’s own online store yet. The price of the Samsung S8 Plus 6GB RAM, 128GB storage variant has also been reduced, by Rs. 1,000 – bringing the price down to Rs. 64,900. The Rs. 4,000 HDFC Bank cashback applies here as well. This is the most significant price cut for the Samsung Galaxy S8 and Galaxy S8+ since their India launch in the month of April.