After the disaster that was the Samsung Galaxy Note 7, it must have taken extreme guts for the company to go forward with the Note brand and launch a new phone under that banner. Hence, we bring to you a detailed review of the brand new Samsung Galaxy Note 8; its design, features, specifications, and prices in India packed in one.

Will the Galaxy Note 8 be able to rebuild the Note brand in a positive light and regain the trust of Samsung’s customers? And are there enough improvements to make it a top contender in the second half of 2017’s smartphone onslaught? Find out in our full Samsung Galaxy Note 8 review! 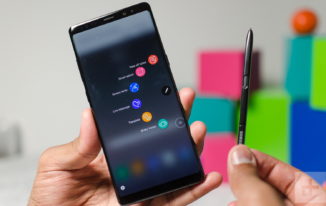 On the exterior, the Galaxy Note 8’s glass body fills up the entire front and back and a sturdy metal frame wrapping around the perimeter holds it all together. One thing that you’ll notice that is quite different is that the body is much more square and angular. Even the dual curved display is less pronounced this time around. The Note 8 has a much more distinct separation between the glass and metal and the sides are much flatter, giving a phone that’s usually slippery a lot more grip.The only other major cosmetic design change is that the camera housing on the back is black instead of being color matched with the body of the phone.

The infinity display that was first introduced with the Galaxy S8 has made it’s way over to the Note 8. Measuring in at 6.3 inches but with an 18.5:9 aspect ratio, the screen is much taller than it is wide. The screen is the usual Samsung Super AMOLED technology that brings all the typical characteristics that we’ve seen on previous Samsung phones such as vibrant colors, high contrast, and inky dark blacks. With a resolution of 2,960 x 1,440, or 3K QHD+, it’s incredibly sharp but in order to enjoy the display to its fullest potential, you’ll have to change the display resolution in the settings as the phone defaults to 1080p. 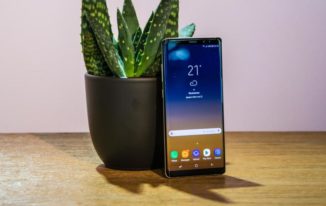 The big bonus with the Note 8’s screen is its mobile HDR certification meaning the phone can play back true HDR content that allows for better color accuracy and contrast.

The biggest new feature is Live Message, which lets you record the pen strokes of writing a short message, turning it into an animated GIF. Added effects like sparkles and neon lighting add more flair and the effect is pleasing GIFs that you can send to friends and anyone else. It’s not exactly productive but it’s fun and practical and lets you add personality to your daily communication.

The Galaxy Note 8 checks all the right boxes in terms of 2017 flagship specs. There’s a Snapdragon 835 running the show but this year Samsung has bumped up the RAM to 6 GB. Obviously, we can’t talk about the Note 8 without mentioning the S Pen, after all, this is the hallmark feature that defines the Galaxy Note line. It features the same clickable top, a 0.7 mm ballpoint-sized tip, and over 4,000 levels of pressure sensitivity. 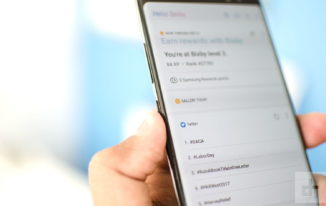 There’s a microSD card slot for additional storage should you need more than what the phone offers internally (a 128 GB and 256 GB version were announced, but at launch, we’re only getting the 64 GB base model). Fast wireless charging capabilities, Bluetooth 5 and gigabit LTE support are all on board, and an IP68 certification means it is dust and water resistant and can withstand submersion in up to 1.5 meters for 30 minutes. 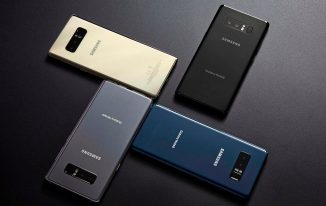 It has a 3,300 mAh cell, which is somewhat smaller than what we would have expected for a phone with such powerful specs and massive 6.3-inch QHD+ display. Screen-on time is typically around the five-hour mark with anywhere between 15 to 18 hours off the charger allowing most people to comfortably get through a full day.

One of the more drastic changes to the Note 8 this year is the addition of dual cameras on the back, a feature that is becoming increasingly more popular on smartphones. The Galaxy Note 8 camera utilizes a wide angle and telephoto lens setup similar to the iPhone 7 Plus or the OnePlus 5 and the secondary telephoto lens allows the Note 8 to achieve 2X optical zoom. Both sensors are 12 MP with f/1.7 aperture on the main sensor and f/2.4 on the secondary, but Samsung’s super fast dual-pixel autofocus is only available on the main camera. Both sensors feature optical image stabilization and guarantees that all of your photos and videos are optically stabilized regardless of which lens you decide to use. 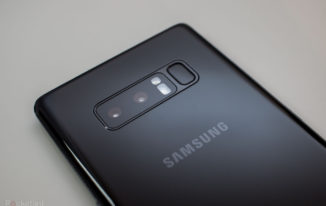 The last notable feature in the Galaxy Note 8 may not be new but it is useful for those that have multiple social accounts. Called Dual Messenger, it lets you create multiple instances of the same single-account app (such as Facebook, SnapChat or WhatsApp) on the one phone, so you no longer need multiple phones to be able to use two numbers with WhatsApp or a personal and professional Facebook profile.

The main drawback to the Note 8’s software is that it’s launching with Android Nougat and while Nougat is still very current, with Android 8.0 Oreo being official it does make you wonder when the Note 8 is going to get the update. Hopefully, it happens sooner rather than later because it would be a shame for a phone as current as the Note 8 to fall behind in software updates right out of the gate. 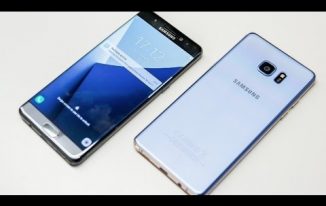 The experience that the Note 8 offers is fantastic, but despite how good the Note 8 is, most people will probably find the price this year to be extremely hard to stomach. It’s the most expensive Galaxy Note we’ve seen to date with a starting price of $930 dollars unlocked for the base model and can run as high as $960 dollars through U.S. carriers and €999 in Europe.

Samsung Galaxy Note 8 is available for pre-order on the Amazon India website and users can register on the e-commerce portal for the same. The pre-orders for the Note 8 are open until September 21, 2017, and deliveries will start from this day. Customers who pre-order will have to pay the full price of Rs 67,900 online itself. There is no cash on delivery for this order. 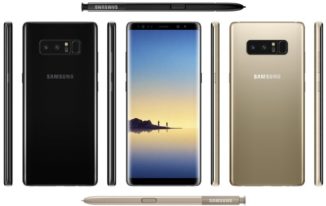 As part of the launch offers for Samsung Galaxy Note 8, Amazon India is offering customers Rs 4000 cashback with HDFC Bank credit cards, a Free wireless charger. There’s also the option of going with “No Cost EMI” for up to 18 months. Finally, Reliance Jio users can claim up to 448GB extra 4G data. The free wireless charger is only for those who pre-order the device. Amazon will also have exchange offers the Samsung Galaxy Note 8. Additionally, customers can also get one-time screen replacement if they decide to pre-order this device.