One Plus has come a long way from its humble beginnings as a startup with its frustrating invite system to being one of the most sought-after enthusiast brands. The company officially unveiled its 2017 model, the One Plus 5, and it has already been launched in India. The OnePlus hype machine has been doing a good job of keeping the buzz alive, and there is huge pressure on the company to deliver yet another standout product.

The One Plus 5 has already garnered massive response back on its home turf and was also teased in the final match of a recently concluded cricket tournament. Therefore, we bring to you an entire One Plus 5 review: the specifications, its features and its ongoing price in India. 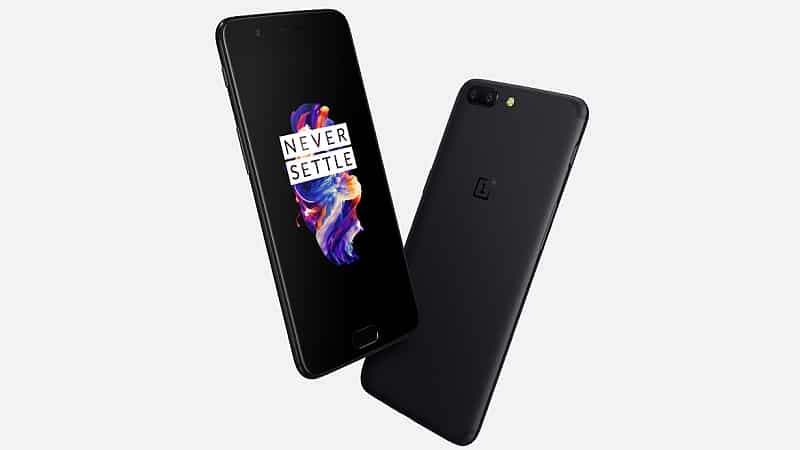 The OnePlus 5 is a really good-looking phone, but it’s not the most original. The back reminds me of a slightly curvier matte-black iPhone 7 Plus, right down to the camera arrangement, the blended antenna lines and even the flash. The front is pretty much the same as those of the outgoing OnePlus 3 and 3T, which is no bad thing.

OnePlus has managed to make this phone so comfortable to hold and a pleasure to use. The curved back fits perfectly in your palm, while the 3D Gorilla Glass 5 on the front also curves slightly. This multitude of curves make it super-slim, but also easy to fish up from a table. It’s also the thinnest phone yet from OnePlus at 7.25mm – almost as thin as the iPhone 7, which is 7.1mm. OnePlus is talking up the placement of the antenna bands here.

OnePlus is talking up the placement of the antenna bands here. According to a spokesperson, the color has been specifically designed to try and hide the antenna bands for an unspoiled full-metal look, and when you do spot them they don’t detract from the design of the phone.

The big headline display-wise is that OnePlus hasn’t decided to upgrade to a QHD resolution screen for the OnePlus 5 at all. That means you get the same 5.5-inch Full HD AMOLED display from the OnePlus 3T, and it is a little hard not to be disappointed by that considering the increase in price of the handset this year. 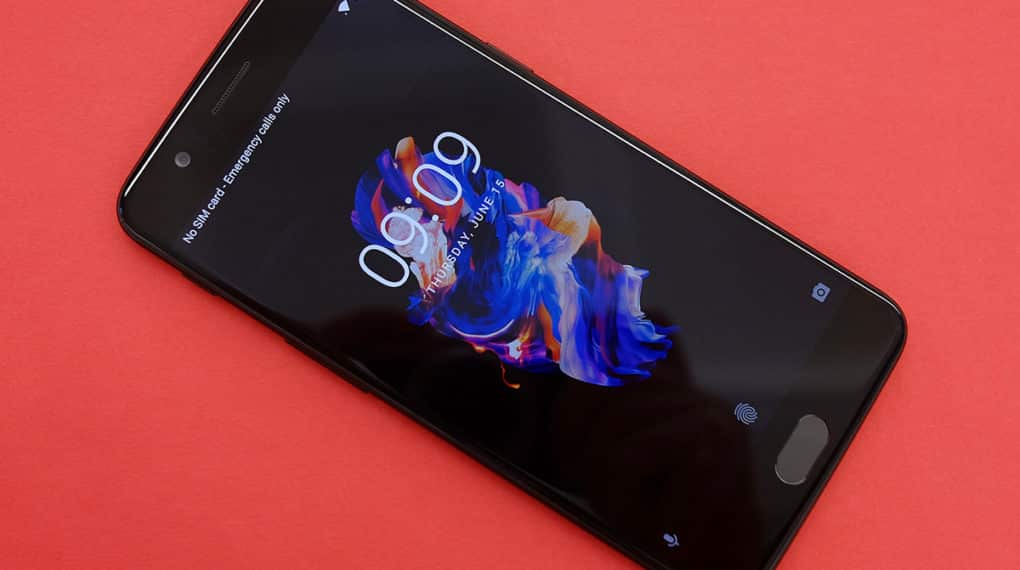 Of course, OnePlus needs to cut a couple of corners to keep its price tag competitively below its rivals and to be fair the screen is one of the very few places where it’s decided to make a saving.

It takes all the bits that make those so slick – swipe-up navigation drawer, long-pressing icons for extra shortcuts, fantastic notifications – but adds in extra bits that make it better. You can switch between capacitive and on-screen navigational buttons, while the Night theme and customisable accent colors give some nice variety. The new addition to the phone is the ‘Shelf’ – the Google Now page replacement – but it can easily be turned off and is certainly less annoying than the Bixby screen.

A new ‘Reading’ mode filters out blue light and uses grey-scale mapping to make reading easier on your eyes, and this takes the usual blue-light filter mode and turns it up a notch. It’s odd at first, but it does make reading text easier in the dark. 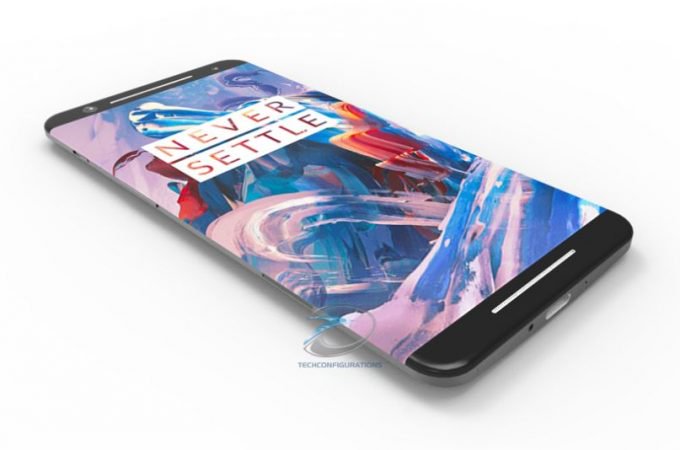 A new Gaming mode turns off pestering notifications when you’re in battle and there’s a Secure Folder for hiding away those important documents (or candid snaps). Neither of these is unique, but they’re nice additions.

‘Less is more’ is the software approach OnePlus has taken, and it works. There’s barely any needless bloatware and the apps that are pre-installed are designed within Google’s Material Design guidelines, so they look and work really nicely. It feels like OnePlus has only tinkered when it needed to, instead of redoing everything for the sake of it.

Battery life is one of the few areas where a flagship phone can stand out from its rivals in 2017, and the OnePlus 5 needs to be able to survive at least a full day on a single charge.

The processing tech used inside this phone is newer though, and much more efficient in terms of power consumption, and we think you’ll notice that on a day to day battery life. The OnePlus 5 will keep pace with a lot of the devices you’ll find on the market today. It typically lasts the full day, maybe dying at around 10 pm with hard use. 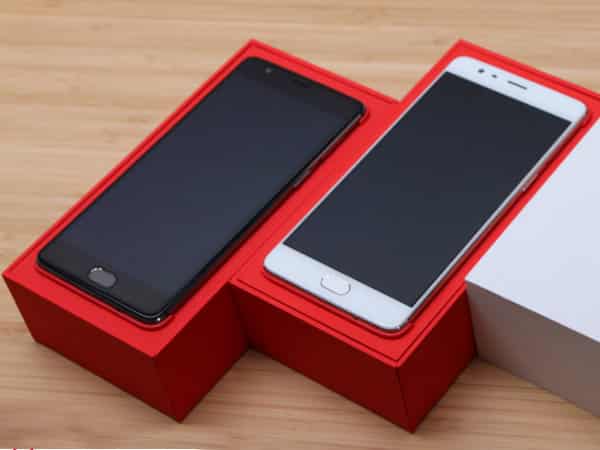 There’s fast-charging tech here – OnePlus’s version is called Dash Charge – which means you’ll be able to pump some juice into your phone very quickly if you need to. OnePlus continues to claim that it’s fast enough to get you a full charge in the time it takes you to get a shower. For those times when you really are gasping for battery life the OnePlus 5 also comes with a battery-saving mode; we found that this really restricted what apps we could open, but it will prolong battery life on the phone and that’s all you need when you’re clinging onto the last dregs of power.

The biggest change here is obvious: there are now two lenses instead of one. They’re laid out on the back just like those on the iPhone 7 Plus, slightly raised from the body, and they even function in a similar way to the cameras on Apple’s flagship. 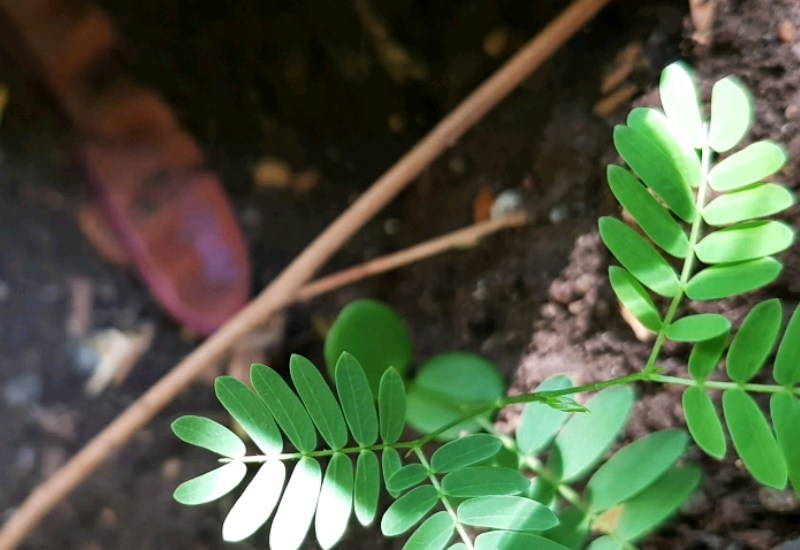 One is your regular sensor, which here is a Sony IMX 398 sensor with 16 megapixels and a f/1.7 lens. Next to it sits the telephoto lens, for 2x zoom, which is 20-megapixel with a much narrower f/2.6 aperture. It’s certainly an interesting setup and a much preferred dual-camera arrangement. 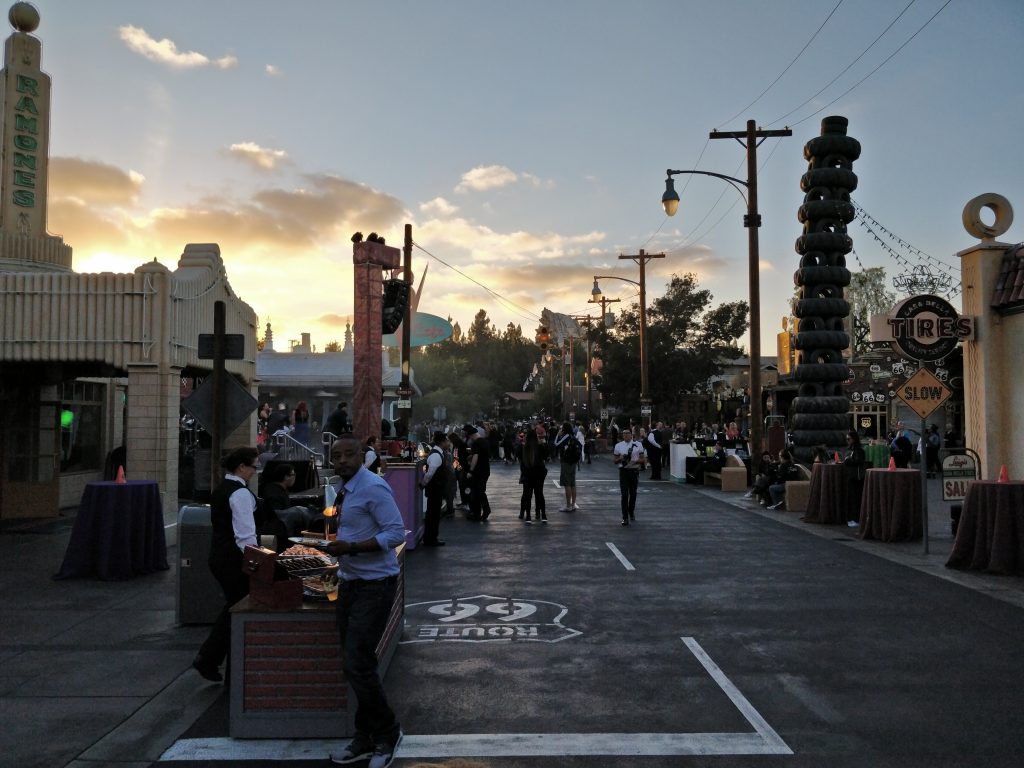 The high megapixel count captures very detailed shots that are full of color and vibrancy, while the wide aperture on the main lens allows for more light to hit the sensor when it’s dark. Both low-light and daytime pictures look really good, though it can struggle with glare when it’s really sunny. The auto-HDR mode does help here, leveling out the exposure and contrast without making it too obvious. 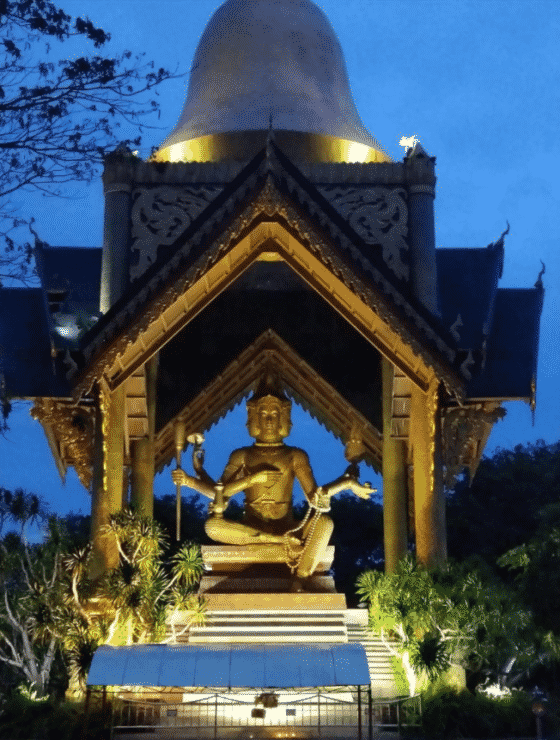 4K video is supported and the 16-megapixel front-facing camera is very good, capturing plenty of detail. There’s a front-facing flash that comes from the screen and the auto-HDR mode extends to the front too.

Is the One Plus 5 really waterproof?

When OnePlus launched its latest flagship smartphone, the OnePlus 5, a lot of the questions prior to the unveiling were finally answered. However, the one thing the OnePlus failed to confirm was whether the smartphone is water resistant leading everyone to believe that it wasn’t. 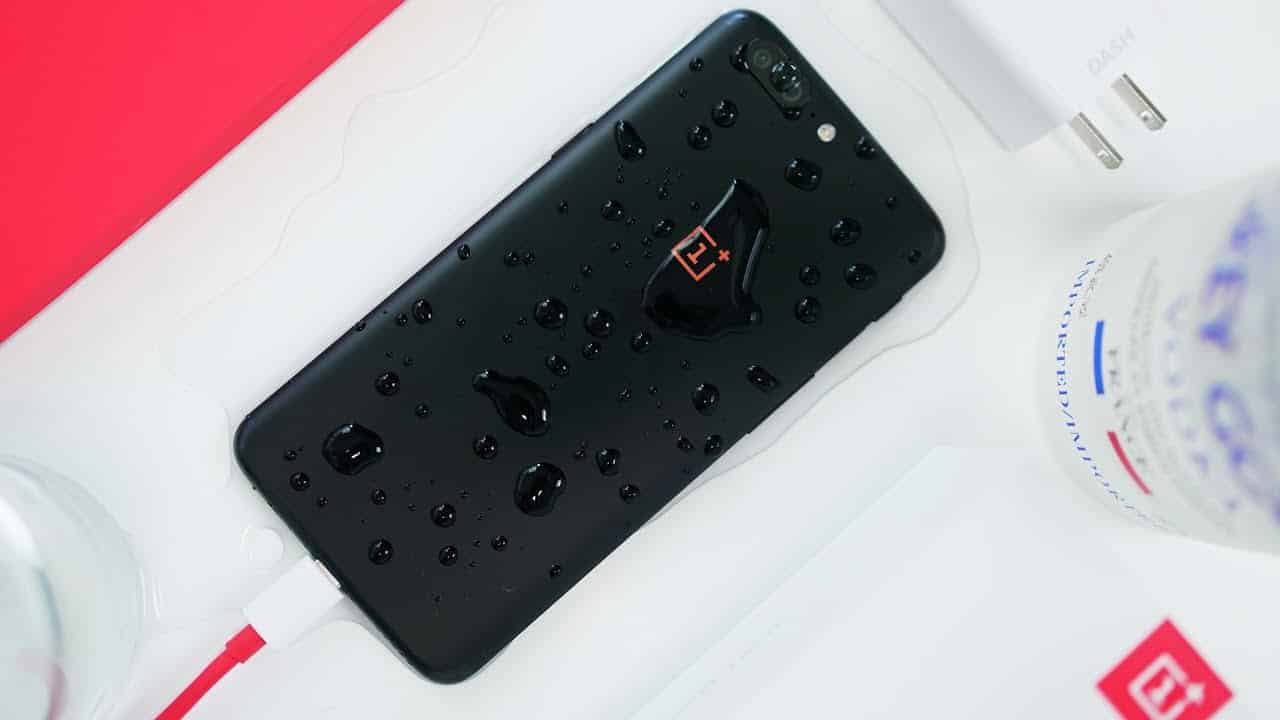 But new reports now suggest that the OnePlus 5 has some amount of water resistance. Notably though, since the company has not officially announced this, it certainly doesn’t want you to put the OnePlus 5 near water, and damage from water will not be covered by warranty.

One Plus 5 Price in India

If you’ve been on the fence about upgrading from an older phone, we recommend getting the 6 GB version of the OnePlus 5 as it offers very good value. The 128 GB option feels a bit too expensive at its current price of Rs. 37,999. Once stocks of the OnePlus 3T diminish, we hope that the 6 GB OnePlus 5 will take the 3T’s current spot at Rs. 29,999, bringing the 8 GB version down to a more attractive price as well. One Plus 5 is exclusively available online on Amazon, but you can also order it from the official One Plus website. 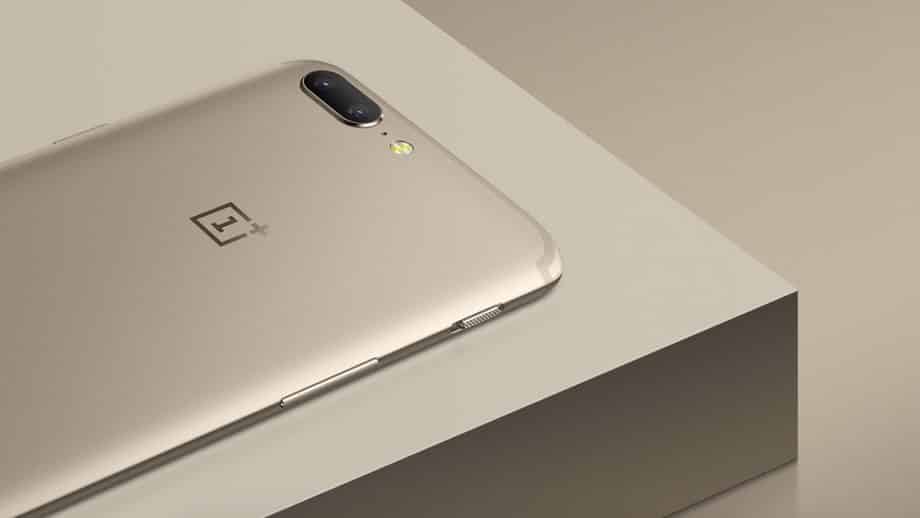 The One Plus 5 8GB RAM and 64GB Internal Memory starts at an EMI Price of Rs.1,568 and The Product Cost is Rs.32,999. You can buy this product by choosing 3,6,9,12 or 24 months’ Credit Cards EMI Options or COD (cash on Delivery) Option while Online Shopping in India.