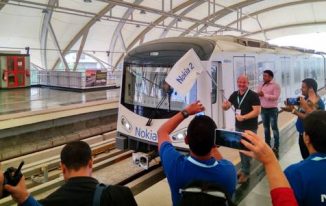 With the Nokia 2, HMD Global is aiming to make its presence felt in the ultra-cheap smartphone segment and increase its market shares as well in India. Currently, the smartphone giant is seeing a steep climb in the smartphone industry with almost 8% hold in the market, which is quite impressive given it was out of the market scenario for about 2 years. The company aims to regain its lost glory that it had before being bought by another tech giant Microsoft.

Nokia 2 launched: Specifications of the phone

As we had discussed in the previous article about the leaks and the rumored specifications, the Nokia 2 comes with the most basic hardware. Let’s take a look at the specifications that the smartphone carries.

As we expected and the rumors said the biggest selling points of the Nokia 2 Launched today is the display. It comes with a 5-inch HD display with a contrast ratio of 13000:1 and 720×1280 pixels. The display also sports a Corning Gorilla Glass 3 on the top that provides it sturdiness and protection.

The Nokia 2 is powered by a Snapdragon 212 processor along with an Adreno 304 GPU that will let you run games with limited graphics requirement. Although Nokia didn’t reveal the details about the RAM, it’s expected that it will come with 1GB RAM and 8GB internal storage as shown in the leaks.Additionally, the phone features an ARM Cortex A7 quad-core SoC clocked at up to 1.3GHz.

Being a basic smartphone its surprising that the Nokia 2 comes with Android 7.1.1 Nougat, which is a first for this segment. The Android interface used in the device is very close to stock Android which keeps the interface very clean and also keeps it easy for the processor. Moreover, Nokia promises that the device will get the Android Oreo update in the near future, which again is a great thing.

The Nokia 2 launched today gets its juice from a 4100 mAh battery, which is quite big when compared with the phone’s features. It’s expected that the big battery of the phone will let the users use the phone for more than a day without needing to charge it again. Additionally, the Snapdragon 202 SoC is likely to aid the battery life of the phone.

The body of Nokia 2 is made from polycarbonate and you can avail the phone in 3 colors including White, Black, and Copper.

The Nokia 2 is priced at 99 Euros for the global market, which makes it a little over Rs. 7000 in INR, However, its expected that when the phone comes to Indian markets in the mid-November, it will carry a price tag in the vicinity of Rs. 6000 to Rs. 6500.