iPhone 8 Plus price, features, and specifications

Key specifications of the Apple iPhone 8 Plus

When you take a look at the design of the iPhone 8 Plus, you won’t find any major differences between it and its predecessors including iPhone 6 Plus and iPhone 7 Plus. It almost carries the same design as both the previous models, but its marginally longer and thicker than the both. There’s not much to differ in the dimensions of the phone but the real difference that the iPhone 8 Plus has over its predecessors is the new glass body.

Apple has said that the glass used in the iPhone 8, iPhone 8 Plus and iPhone X is the most durable glass ever used in any smartphone. The glass body of the phone is actually very useful as it has now enabled the iPhone 8 Plus to support wireless charging which has been missing in other Apple devices previously. However, users need to be very careful while using the phone as there are chances that the glass may break when dropped on a concrete or hard floor.

The other key specification that makes the iPhone 8 different from its predecessors is the A11 Bionic processor, which is thought to be the best processor for a smartphone till date. Unlike the other previous iPhone models, the iPhone 8 Plus doesn’t come in 32GB, 64GB, 128GB, and 256Gb variants, it only comes in 64GB and 256GB variants. These are some of the improvements that the new iPhone over its predecessors, now let’s take a look at the iPhone 8 Plus features in detail.

The display of the iPhone 8 Plus is no different from the iPhone 7 Plus. It has a 5.5-inch IPS display with 1920×1080 pixels, which is very impressive. The display has nice viewing angles and the brightness of the display is enough to allow you easy viewing in direct sunlight. As with the case of the other iPhones, the colors are very accurate and they visually pop off the screen. 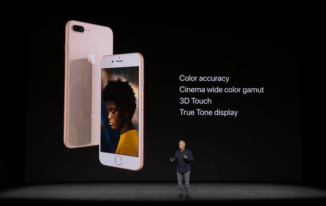 iPhone 8 Plus comes with a new feature called the True Tone technology that has been available in the iPad Pro. This technology basically changes the tone of the display automatically based on the ambient lighting conditions, which makes the colors and display look consistent with the environment you’re in. It means your eyes wouldn’t hurt even when you use your phone for longer times. 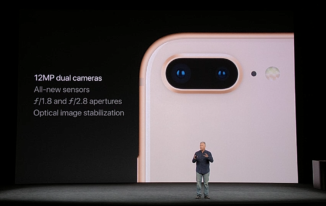 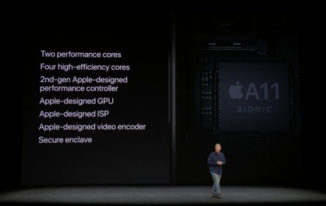 The new iPhone 8 Plus is powered by the A11 Bionic chipset, which is believed to be the fastest processor on a smartphone ever. It’s a six-core chip that is believed to run much faster than its predecessor the A10. The phone also has an improved GPU that would equally compliment the A11 Bionic chip and will allow 30% faster graphics. The iPhone 8 Plus will come with the latest iOS 11 software out-of-the-box.

The aforementioned iPhone 8 Plus price, features, and specifications give a clear idea that the phone is a powerhouse with great features. Especially the A11 Bionic ship is a great addition to the phone as it will now make sure the phone runs smoothly without any lags. The phone also has an improved GPU which means now you can play heavy games on your phone.

Other performances including the battery life, and others that Apple claims to have in the iPhone 8 Plus will only be confirmed after people get their hands on the phone.