Google has finally taken the wraps off the successor to the Pixel and Pixel XL. The Pixel 2 and Pixel 2 XL are the next-generation flagship phones from Google, updating the majority of aspects of the phones. Therefore it is necessary to have a Google Pixel 2 review, along with its XL counterpart, in order to assess their greatness. 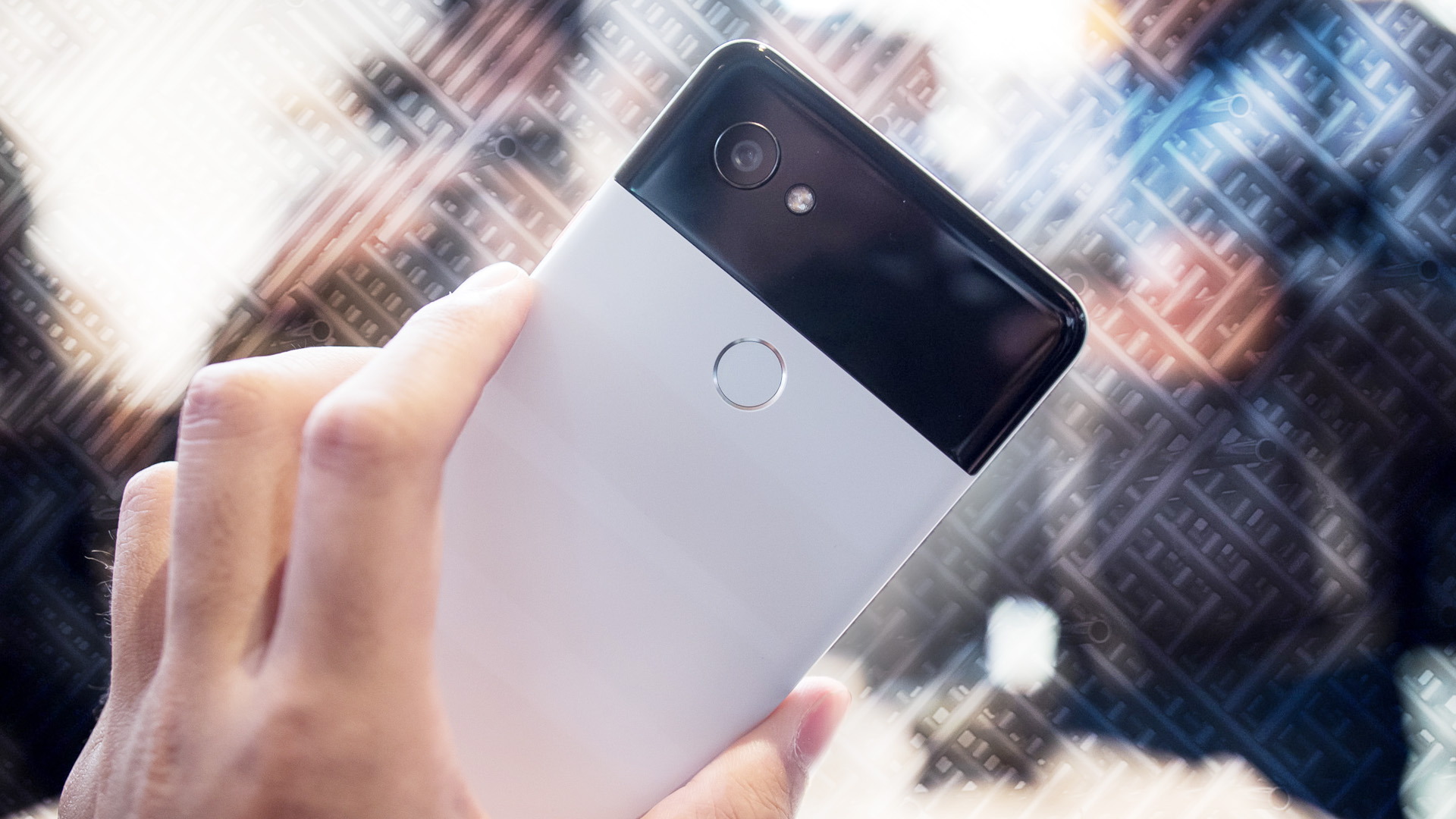 Last year’s duo of Pixel phones came in two form-factors: a 5-inch model and a 5.5-inch one. This time, however, Google is differentiating the two devices a lot more. The regular Pixel 2 is the more familiar device and still has a 5-inch screen too.

Flip the Pixel 2 over and the two-tone back panel remains. The fingerprint scanner now sits below the glass, though, and generally things look a little bit more tidy. Instead of following the design of its smaller brother, the XL model feels a whole lot more modern. This bezel reduction has meant the Pixel XL 2’s screen is now 6 inches with an 18:9 aspect ratio.

Colours for the two models will vary, with the XL getting a slick-looking black and white model and the Pixel 2 getting a pastel blue option. 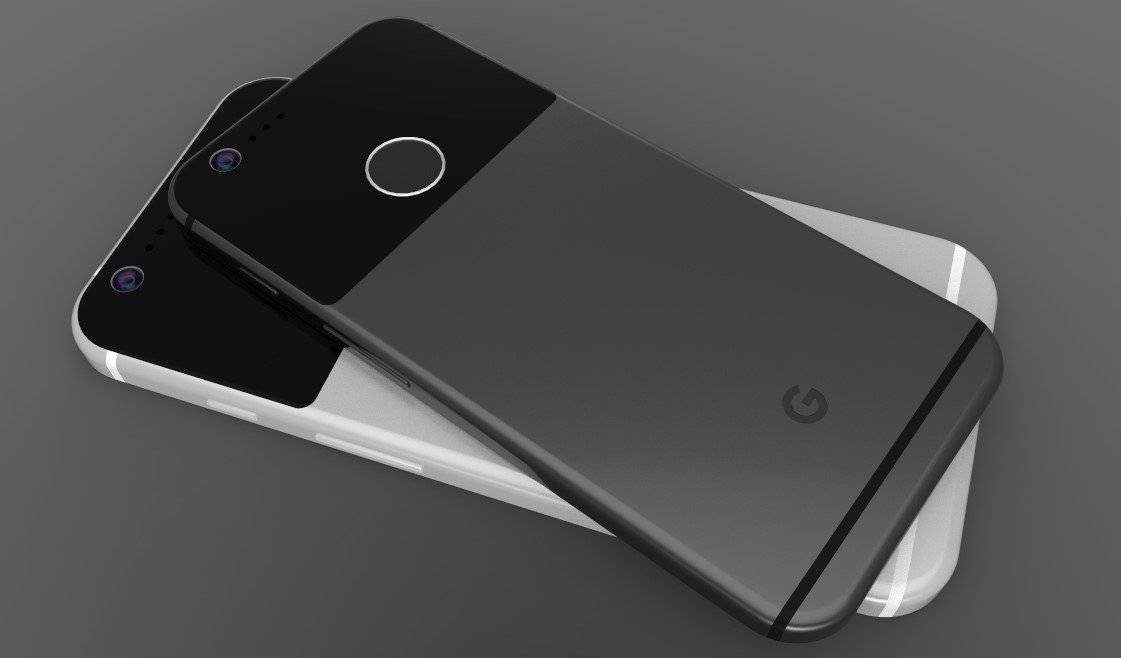 The phones are identical except for a few key things: the size and type of screen, the size of the battery, and the basic hardware design. Otherwise, they have the same cameras, same processors, same dual-speakers — the works. Google is quite proud of the screens on these phones, both of which are OLED (though they’re produced by different manufacturers). The speakers on both phones got plenty loud without too much distortion.

There is a lot about these phones that is not very surprising: the standard Qualcomm Snapdragon 835 processor, 4GB of RAM, OLED screens, 12-megapixel rear cameras and 8-megapixel selfie cameras.

If there’s any single thing that makes a great phone great, it’s the camera. Rather than go with dual lenses and a camera bump, Google is sticking to a single lens on the back and pairing it to a pile of innovations that seem iterative when taken individually. With the Pixel 2 and 2XL, Google is switching to a dual-pixel sensor on the back, which means that every single pixel is made of two smaller ones. The dual-pixel setup means that the pixels in the sensor are slightly smaller than last year’s Pixel, so to compensate for the smaller pixels, the aperture on the lens is opening up to let in more light: f/1.8. Get Pixel 2 & Pixel XL camera rankings here. 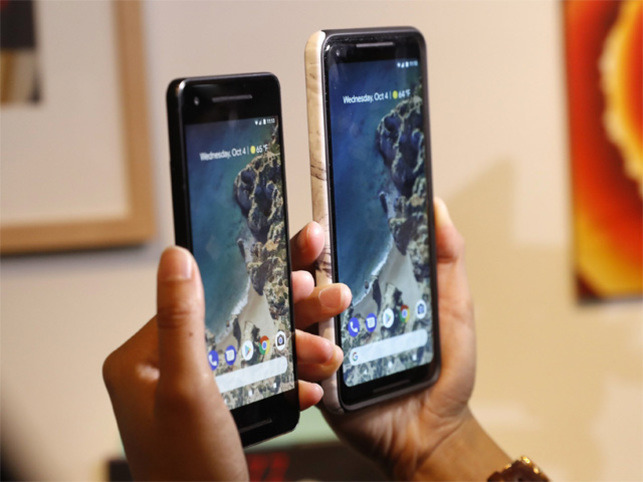 Both come packing Qualcomm’s latest Snapdragon 835 mobile platform, 4GB RAM and either 64GB or 128GB of onboard storage. As usual with Google phones, there’s no expandable storage.

They’re also both set to feature front-facing speakers, USB-C connectivity and a new Android launcher that will place the search bar below the app icons for the first time. There’s also a new dynamic widget that will show you weather and upcoming appointments.

Another feature shared by both the Pixel 2 and Pixel 2 XL is the 12-megapixel camera. The big addition this year is OIS, plus a wider f/1.7 aperture. The smaller 5-inch Pixel 2 keeps the same 1080p OLED panel as before, but the Pixel 2 XL ups that to QHD+ resolution to match the new aspect ratio. It’ll also be an OLED display, just like that on the upcoming iPhone X, though likely made by Google. 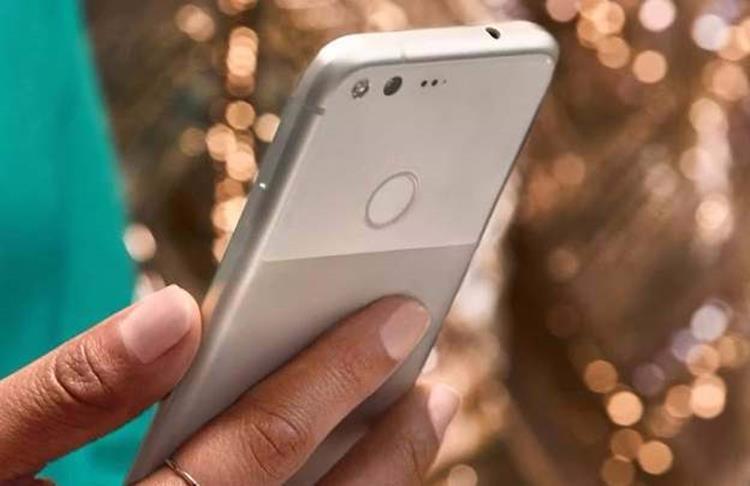 The biggest change is that you can squeeze the sides of the Pixel 2 to launch the Google Assistant. The Pixel 2 home screen is new, too: Google put a huge Google search button at the bottom, integrated into the dock. It also integrated the search box you see with the app drawer with that button. The Pixel 2 will also be the first phone to fully support Google Lens, the company’s new system for recognizing objects in photos. Google is also giving the Pixel 2 one more trick: ambiently identifying music. Just like the microphones are always on and listening for you to say “OK Google,” they will now also listen for music.

Like last year’s phones, these new Pixel devices sit in the ‘premium’ section of smartphones. Unlike the older Nexus line, in this case, Google isn’t offering impressive spec at below average prices.

The smartphones will be up for pre-orders in India on October 26 – the former goes on sale on November 1 and the latter on November 15.