Google has unveiled the Pixel 2 and Pixel 2 XL, two of the most advanced phones on the market. The Pixel 2 XL is the larger version of Google’s flagship smartphone, the Google Pixel 2, and the direct sequel to last year’s 5.5-inch Google Pixel XL.

While we anticipated that these two models would be rather similar, they’re anything but in some respects. The Android handsets are designed to compete with the best mobiles around, including Samsung’s Galaxy S8 and Note 8, and Apple’s latest iPhones. Google says it’s focused on improving battery life, storage, and camera quality, but some consumers may feel slightly disappointed by their design. Click here for Google Pixel 2 Specs.

Both handsets are available to pre-order right now, but Google is staggering their release dates. 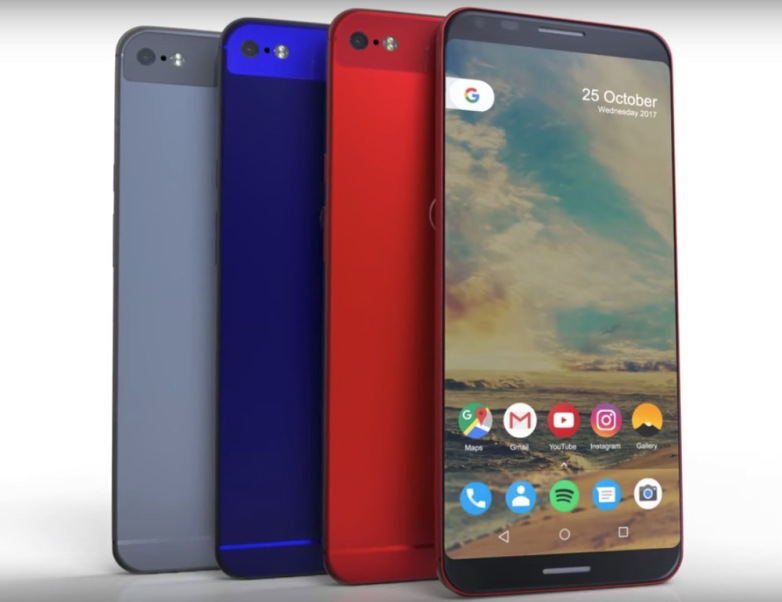 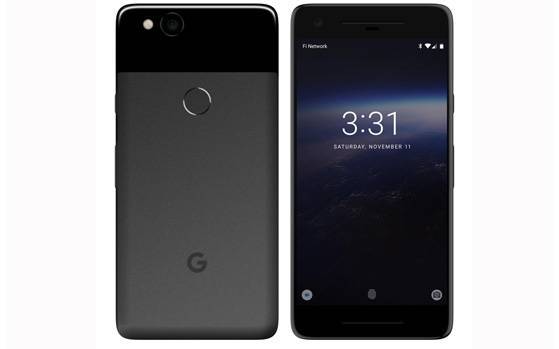 This year’s Pixel 2 XL boasts some big differences and, some would say, improvements over the smaller device in the family. They all feature a two-tone rear, similar to the original Pixels, with a small pane of glossy glass sitting on top of the aluminum at the back. It’s a unique look that’s designed to help the Pixel brand stand out. The Google Pixel 2 comes in three color schemes: Kinda Blue, Just Black and Clearly White. The Pixel XL 2, meanwhile, is available in Just Black and Black & White.

Both the Pixel 2 and Pixel 2 XL come with either 64GB or 128GB of internal storage and come with a fast-charging battery and Google’s voice-activated Google Assistant baked in. Like the HTC U11, the Pixel 2 has a special frame embedded with sensors, which you can squeeze to launch software features or execute commands. 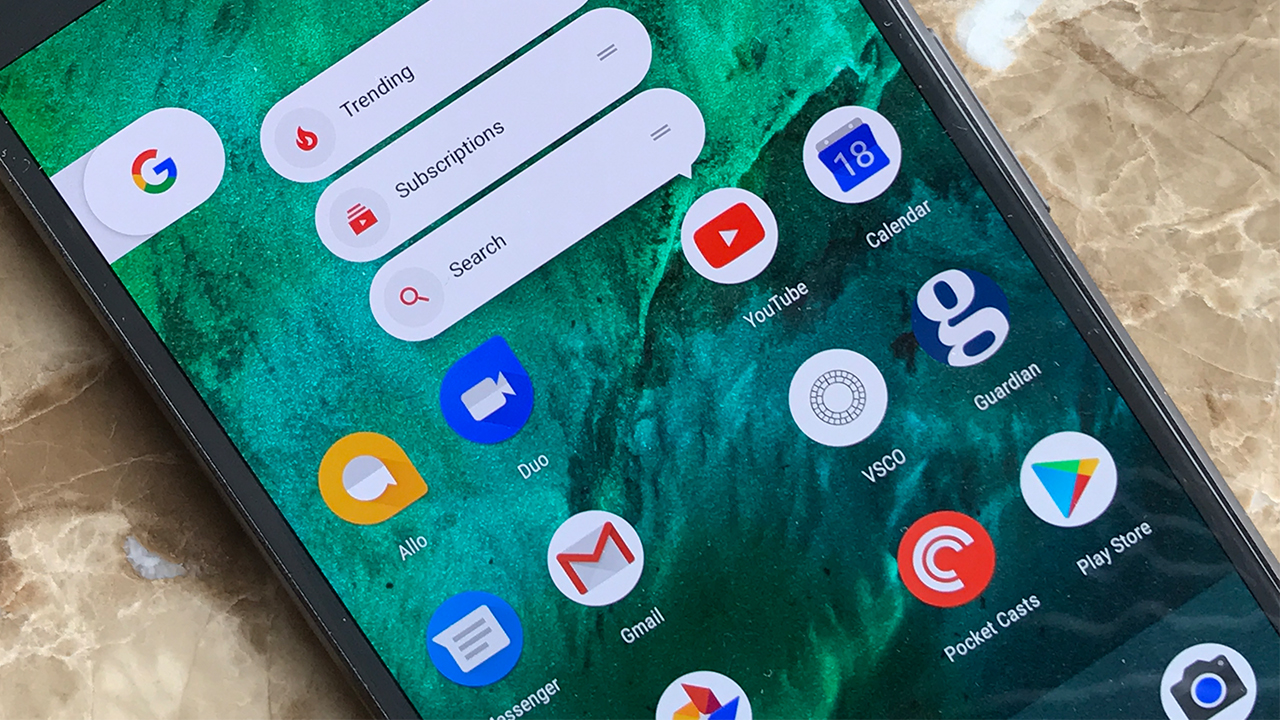 As was the case when comparing the original Pixel devices, the screen resolution of the Pixel 2 XL sticks out as one of the biggest advantages to going grande. Both will feature a vibrant P-OLED display, though only the larger 6-inch model will feature a 2,880 x 1,440 resolution, a spec that lends brilliantly to virtual reality games applications enjoyed via the Google Daydream View headset. 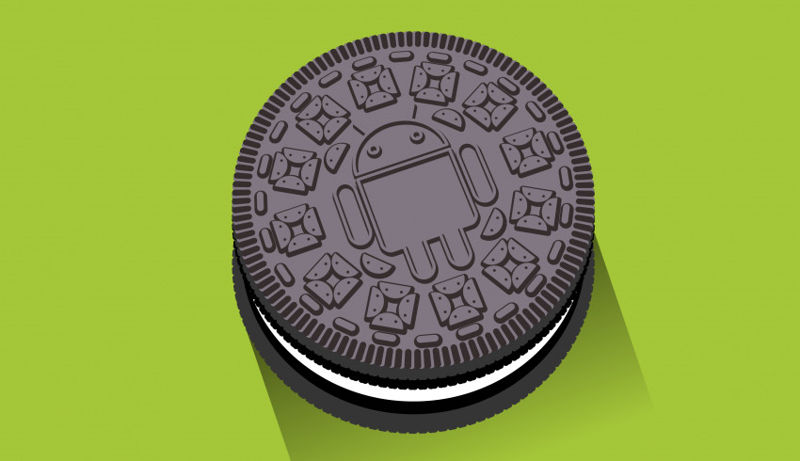 Unsurprisingly, the latest version of Android – 8.0 Oreo – comes pre-loaded on the Pixel 2 and Pixel XL 2. It’s actually a key selling point for the smartphones. They run a pure version of Android that hasn’t been tampered with or spoiled by the addition of unwanted bloatware and strange skins. It’s Android as Google intends it to be.

Major Android updates can also take a long time to come to handsets with software tweaks. That won’t be a problem with the Pixels, which will receive updates as soon as they’re ready.

But some things have changed, and mostly (but not all) for the better. The Pixel 2 has two speakers — one above the screen and one below — in a stereo configuration. Gone is the first-gen Pixel’s awkward camera silhouette, as is the 16:9 aspect ratio. 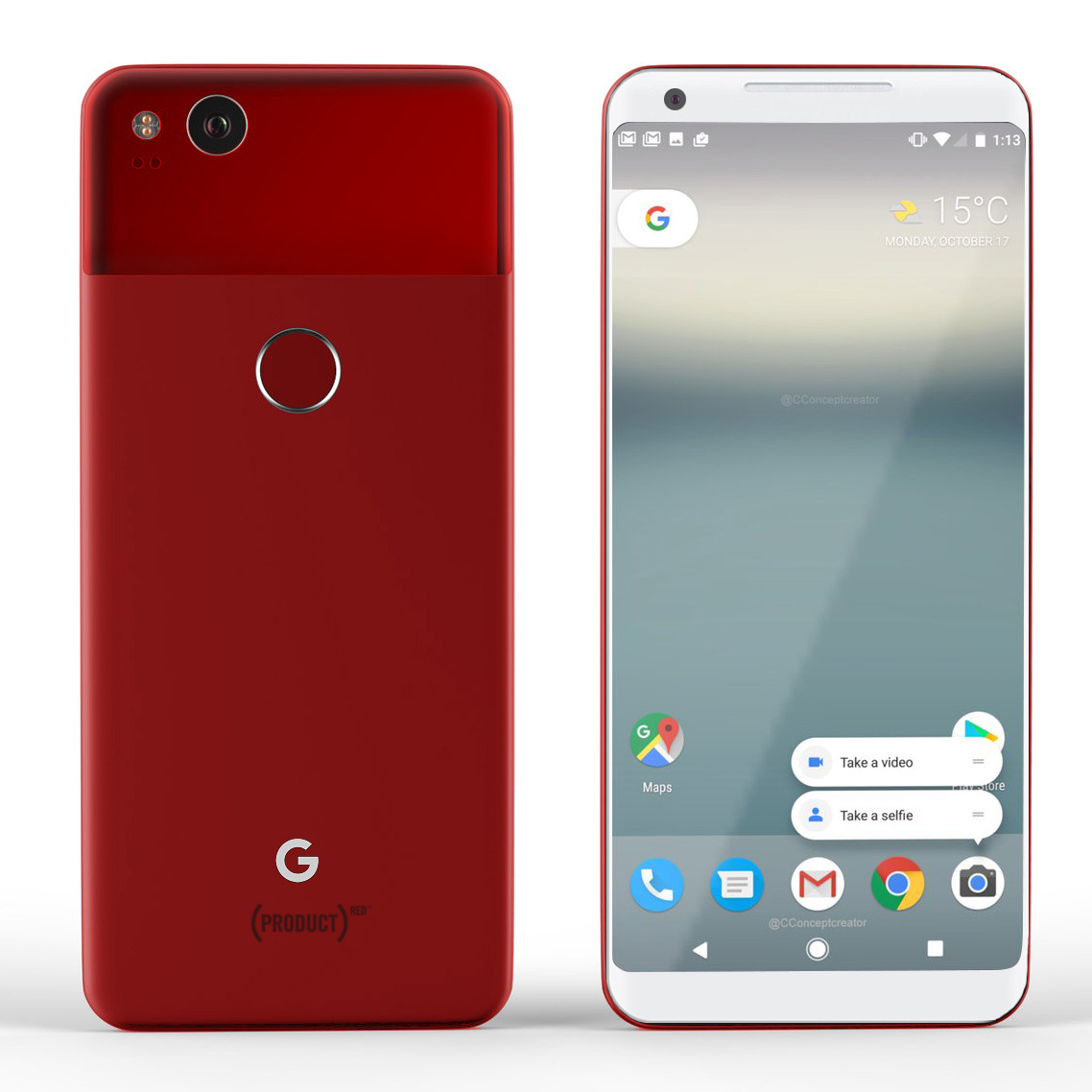 One of its main selling points is Portrait Mode, which uses machine-learning to capture “professional-looking” shots with a blurred background, to make the main subject stand out. You can take Portrait Mode shots on the front-facing camera too. Google says the Pixel ‘s camera is also calibrated for augmented reality and showed off a demo using virtual characters from Stranger Things.

The display is now 18:9, just like the LG G6, which means apps in Android’s split-screen multitasking view get an equitable amount of screen real estate. And like the iPhone 7, Moto Z2 Force, and HTC U Ultra before it, the Pixel 2 does away with the headphone jack. The Pixel 2 ships with a USB-C-to-3.5mm adapter, but if you leave it behind without a pair of Bluetooth earbuds handy, you’ll have to borrow someone else’s.

Somewhat surprisingly, the Google Pixel 2 and Pixel 2 XL’s designs are about the only thing that set them apart. They’re in many ways cut from the same cloth. Both phones are IP67 dust- and water-resistant, which means they can survive being submerged in up to three feet of water for 30 minutes, and their touchscreens boast shatter- and scratch-resistant Gorilla Glass 5. Google says 15 minutes of charging will provide up to seven hours of usage, and the phones are also water- and dust-resistant to the IP67 standard. 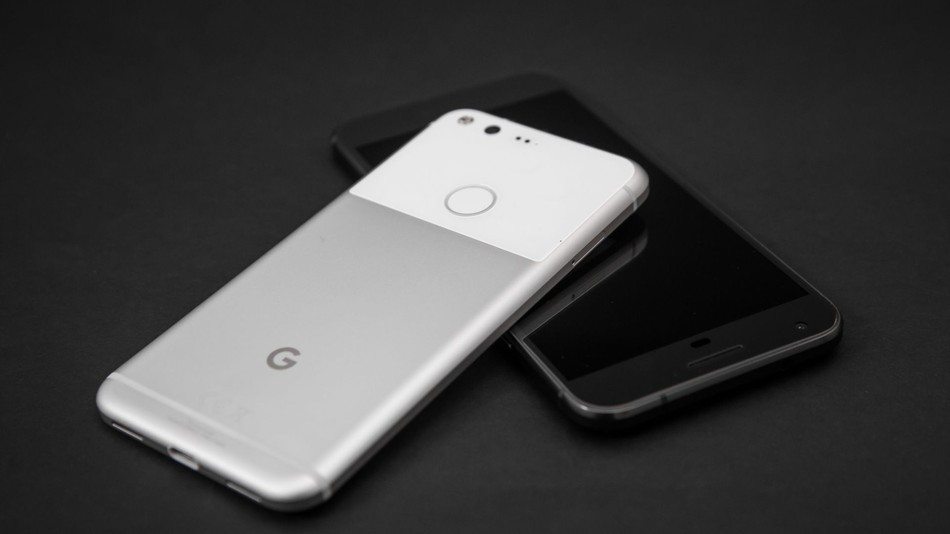 One of the most dramatic is an upgraded Pixel Launcher, the app that powers the phones’ home screens. Google search bar has moved from the top of the screen to the bottom, where’s it’s easier to reach with your thumbs. There’s a new “daily briefing” widget that shows the current weather, temperature, and upcoming calendar entries, and a completely transparent notification and navigation bar.

That’s all in addition to Android 8.0 Oreo features like Notification Channels, which let you toggle categories of alerts on a per-app basis, and Notification Badges, which mimic iOS’ unread badge counters. And that’s just the tip of the iceberg — Oreo has a picture-in-picture mode, an Autofill service that remembers your app login passwords, and a battery-optimizing task manager that quashes misbehaving background apps.

A major advantage of the Pixel-series phones is that they’re typically the first to get the new version of Android, and the Google Pixel 2 and Pixel 2 XL are no different. Google says that both will get three years of software upgrades. 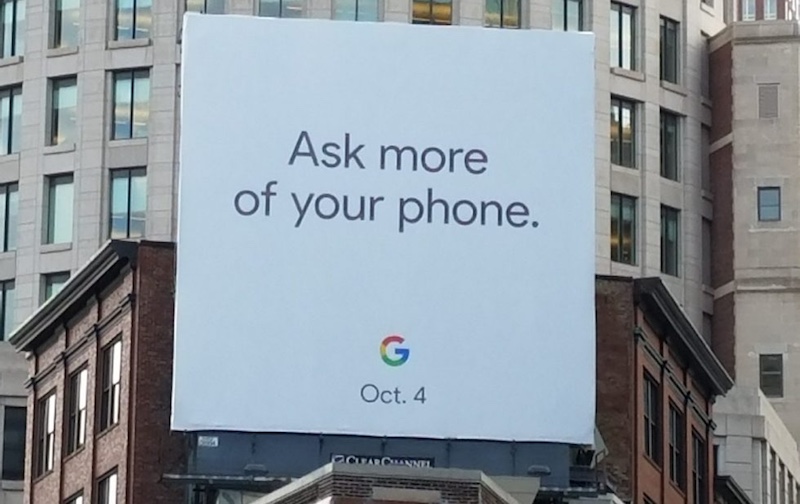