Fix WhatsApp became obsolete error: In the recent times, WhatsApp has grown to become one of the most important channels of communication for millions of people across the globe. People use the app on a regular basis for not only texting, but they also share WhatsApp pictures, videos, and even attachments. This means a minor glitch or disruption of the services that WhatsApp provides can tend to induce problems for millions of people worldwide. This is why the Facebook-owned messaging app WhatsApp, tries to keep the service as seamless as possible.

However, the users of WhatsApp on 13th January 2018 woke up to a message that was in many terms shocking for them. The message said “This version of WhatsApp became obsolete on 13-Jan-2018. Please go to the Google Play Store to download the latest version.” People who saw the message weren’t able to proceed beyond the screen with the message, which made the people panic and take the issue to social media platforms, like Twitter. 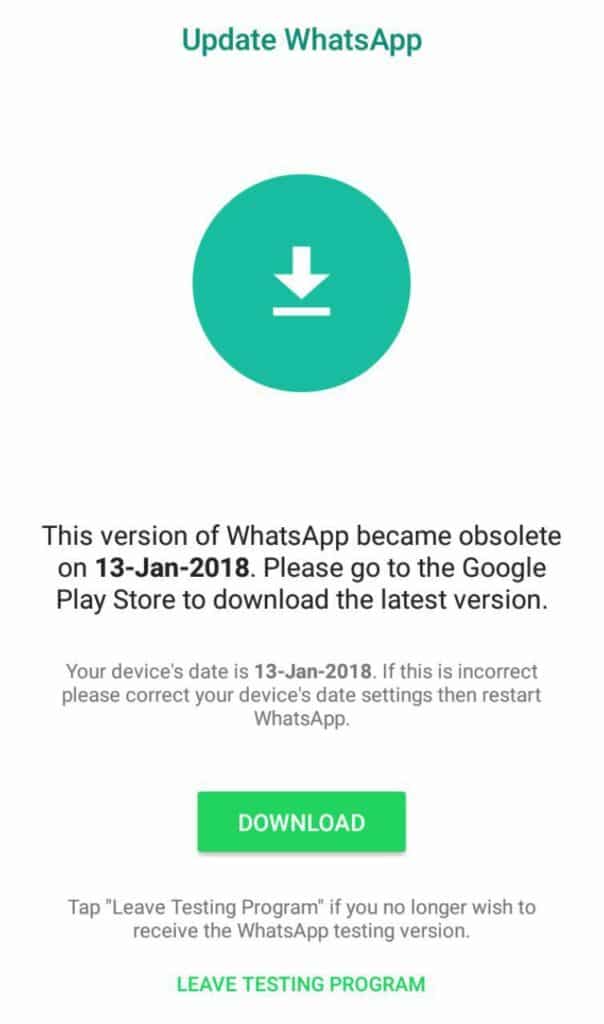 As you can see in the screenshot of the error message that came up in WhatsApp, there’s a message in the bottom that said: “LEAVE TESTING PROGRAM”. The message was same for all the people who had the error message. However, most of the people agreed to the fact that they had not signed up for the WhatsApp Beta testing program, which was again confusing for the users who had the issue.

After people started complaining about the error on Twitter, WhatsApp officially acknowledged the problem. In a statement to Techook, WhatsApp said that “This is an issue that’s being fixed. It was a problem with how our app is distributed, which is not under our control.” There are reports that the problem has affected people using Xiaomi smartphones. WhatsApp also said that it’s trying to resolve the issue as soon as possible. However, people are still having the issue and those whose issue has been solved are seeing all their WhatsApp data lost.

How to resolve the “WhatsApp became obsolete” issue

Well, there are two ways to resolve this WhatsApp issue, one that will resolve the issue with your data intact and the other one will erase all the data present in your WhatsApp. Let’s take a look at both the techniques so that you can be able to use the one you want. 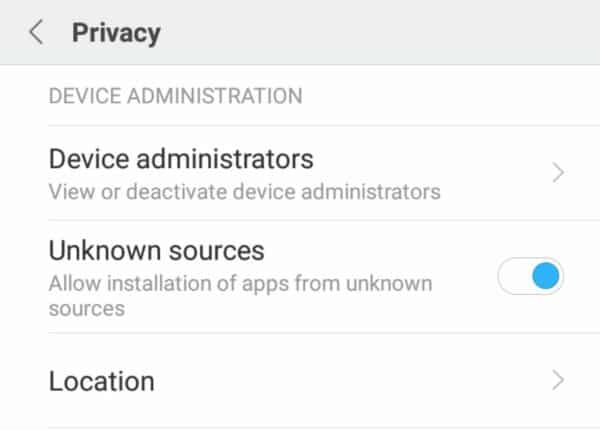 Resolve the WhatsApp issue by losing the data

This is a simpler process but you’ll lose all your data. Here’s what you can do

These are the ways to resolve the WhatsApp became obsolete issue. If you want to see many other articles like this please visit Trickideas and enable notifications to know whenever we have a new content.