Earlier this year, the users of Facebook saw a new rocketship icon, which led the people to explore content beyond the posts of their friends and the pages they follow. Actually, it was a new News Feed that Facebook was testing for its users with an aim to make more content accessible to its users. And now the social media giant has officially launched the new alternative News Feed called as Explore Feed in the new Facebook Update.

You can find this new Facebook update in the “More” menu, where it’s named as the Explore Feed with a rocketship icon. This can be found in both the Facebook iOS and the Facebook Android app. You can also find the feature in Facebook’s web page where it’s placed in the menu present on the left. All you need to do is just click on more and select Explore Feed any you’ll be redirected to the new alternate News Feed. 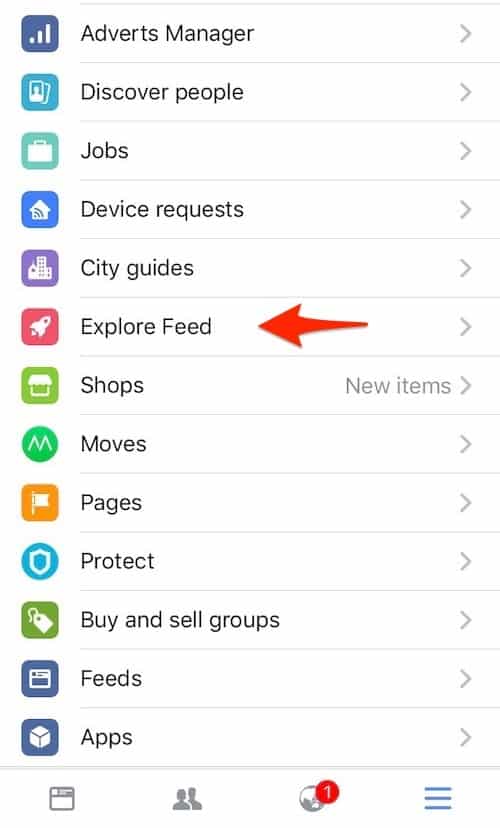 Basically, the more menu is where Facebook rolls out its new updates and features since it aims to expand to become more of an online portal, connecting its users to resources within its walls so that they won’t turn to search engines and other sources.

Now, you must be wondering what does this new alternate News Feed is and how can it help you. Well, basically the new Facebook update, Explore Feed aims to connect the users to Facebook’s broader network of information and news. While the News Feed provides you the updates by your friends and the pages you like, the Explore Feed comprises of the posts from the sources that you’re not linked to. It can be said that the Explore Feed is essentially a News Feed made up of content that Facebook thinks you’ll be interested in.

Facebook for some time now has been working on a better way to leverage its understanding of a user’s likes, dislikes, and interests in various ways. This is why the new Facebook Update with the Explore Feed aims to provide the users the content that Facebook thinks is relevant to the users. You’ll find content from Facebook pages that are similar to those you’ve already liked and you can also find posts that are popular among your friends.

Furthermore, while the Explore Feed serves as a place where you’ll find top posts that Facebook thinks you might like, it’s also a section that has various suggestions for groups,  recommendations, local places, places to find a Wi-Fi hotspot, and even jobs. The Explore Feed contains images, videos, and even text content that you may like. 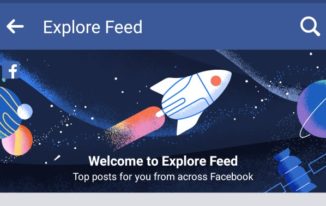 It looks like, through the Explore Feeds, Facebook is trying to lure its users to spend more time on the social media network by displaying fresh and intriguing content. This new Facebook update is also useful for people those who have been requesting the company to roll out a way to discover Pages easily. One way or the other, this new Facebook update seems to be interesting and it will be interesting to see how the users react to it. How do you feel about the new Explore Feed on Facebook, please let us know in the comments below.