When it comes to regional cinema in India, we all know that the Malayalam film industry has been a major contributor. The industry has been well known for the quality of the films, even if they doesn’t involve as much money as the other industries within the country like bollywood or tollywood. We’ve got you a list of the best Malayalam movies which you should never miss.

It’s not an unknown fact that bollywood is the leading industry in our country, but not many of us know that a lot of bollywood blockbusters are remade from Malayalam movies. Even though bollywood adopt movies from regional cinema, especially from South Indian films, none of them would stand a chance to the kind of movies that were remade from Malayalam movies. For example, Hera Pheri, Bhool Bhulaiya, Drishyam, Chup Chupke, Bhaagam Bhaag, Billu Barber, and Bodyguard were all Malayalam films which later got remade into Hindi.

Now, let’s look at some of the best Malayalam movies that were ever made. Make sure you watch all of them at least once before you call yourself a movie lover. 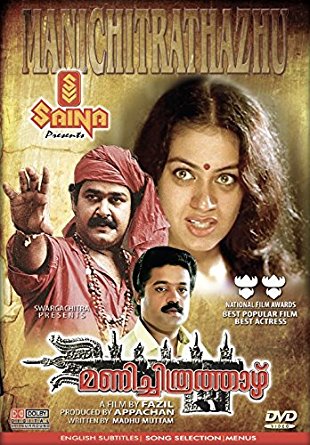 Manichithrathazhu is a psychological thriller directed by Faasil who got a bit of fantasy and horror mixed into it. The leading actress, Shobhana won the national award for best actress that year for her performance. She played the role of Ganga, a young lady who visits her husband’s haunted ancestral house which changes her whole life.The movie also included well known Malayalam actors like Mohanlal and Suresh Gopi.

Manichithrathazhu was remade into five other languages including Hindi (Bhool Bhulaiya), Tamil (Chandramukhi), Telugu (Nagavalli- sequel of Chandramukhi), Kannada (Apthamitra), and Bengali (Rajmohol). However, none of these movies could over take the quality of the original. 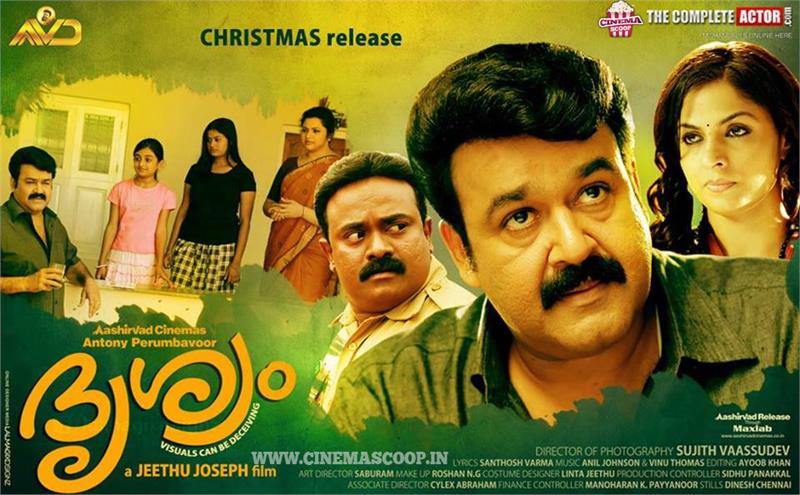 Drishyam is a movie of this decade and it broke all the box office records in Malayalam industry when it was released. The movie stars Mohanlal, one among the most loved Superstars in the industry. Drishyam, which was directed by Jeethu Joseph, was remade into five languages- Hindi, Tamil,Telugu, Kannada, and Sinhalese.

The movie is about a lower middle class farmer, George kutty and his family. The protagonist, who didn’t even pass high school saves his family from an unexpected danger with mere intelligence and presence of mind, which is something spectacular to watch. George kutty, who is a big fan of movies, makes use of the things he learns from them to deal with crisis in his real life, which is why the movie is named Drishyam (Visual). 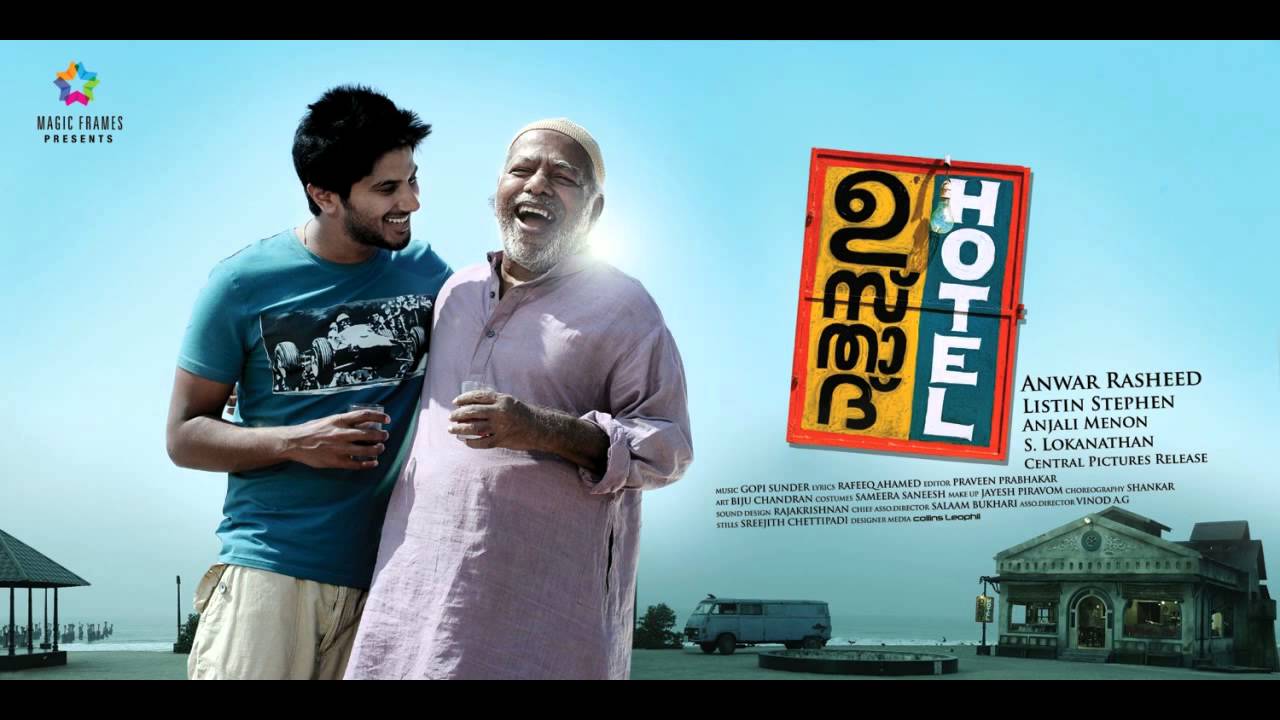 Ustad Hotel is directed by one of Kerala’s best female directors, Anjali Menon. The film is about a young man who aspires to become a chef and the way his life and vision changes when he meets his old grandpa. Faizi’s  grandpa runs an ancient but small hotel in Kerala but teaches him the real essence of cooking and also how to add meaning to his profession by helping others. 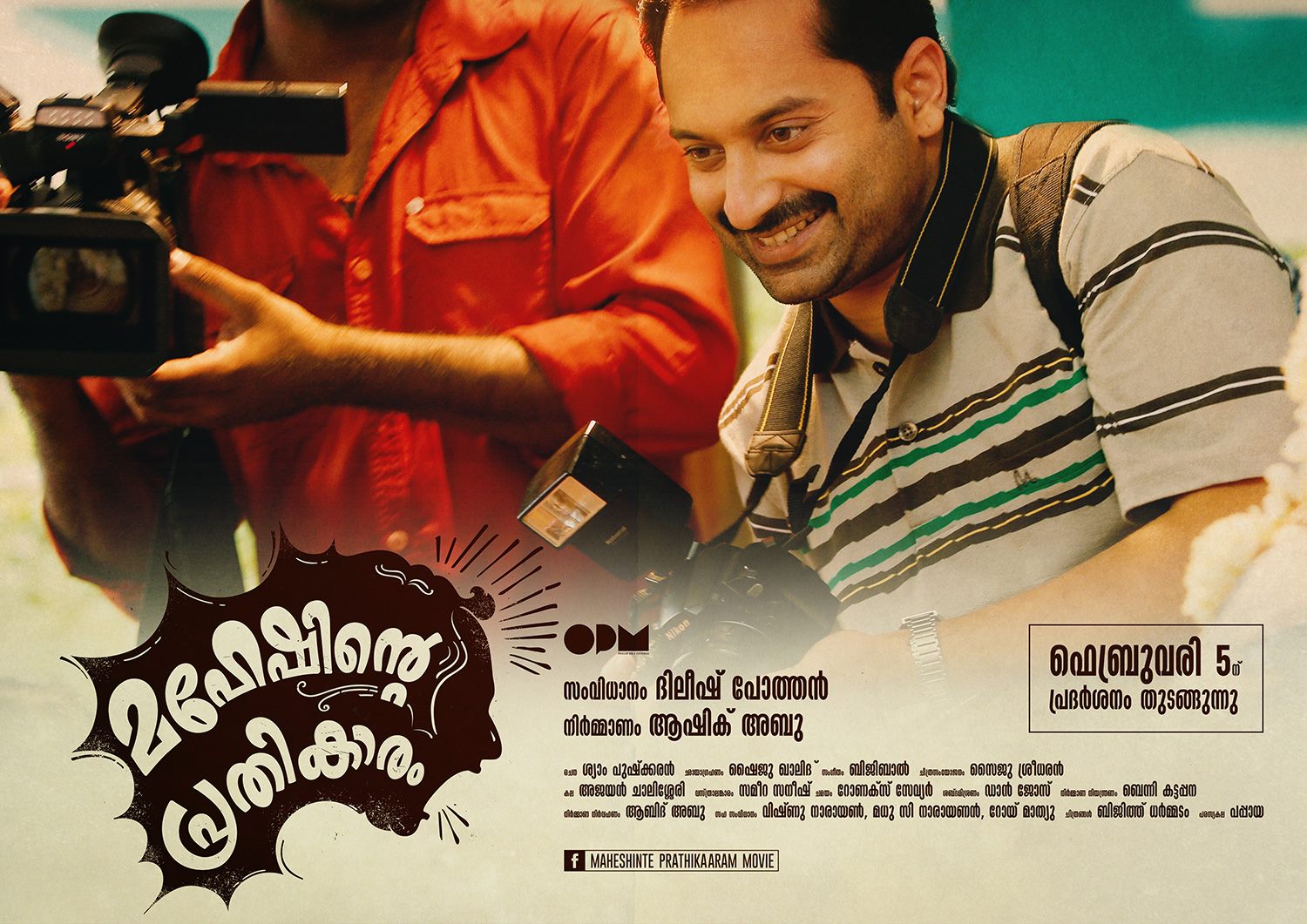 Maheshinde Prathikaram literally means Mahesh’s revenge. The movie stars Fahadh Faasil, the son of none other than Faasil, who directed Manichithrathazhu. The movie is directed by Dileep Pothan.

Mahesh, who is a photographer gets beaten up by a random stranger. Mahesh doesn’t know why he was beaten up and feels extremely humiliated in front of the whole village. This makes him seek the truth behind the whole thing and take his revenge on the stranger. 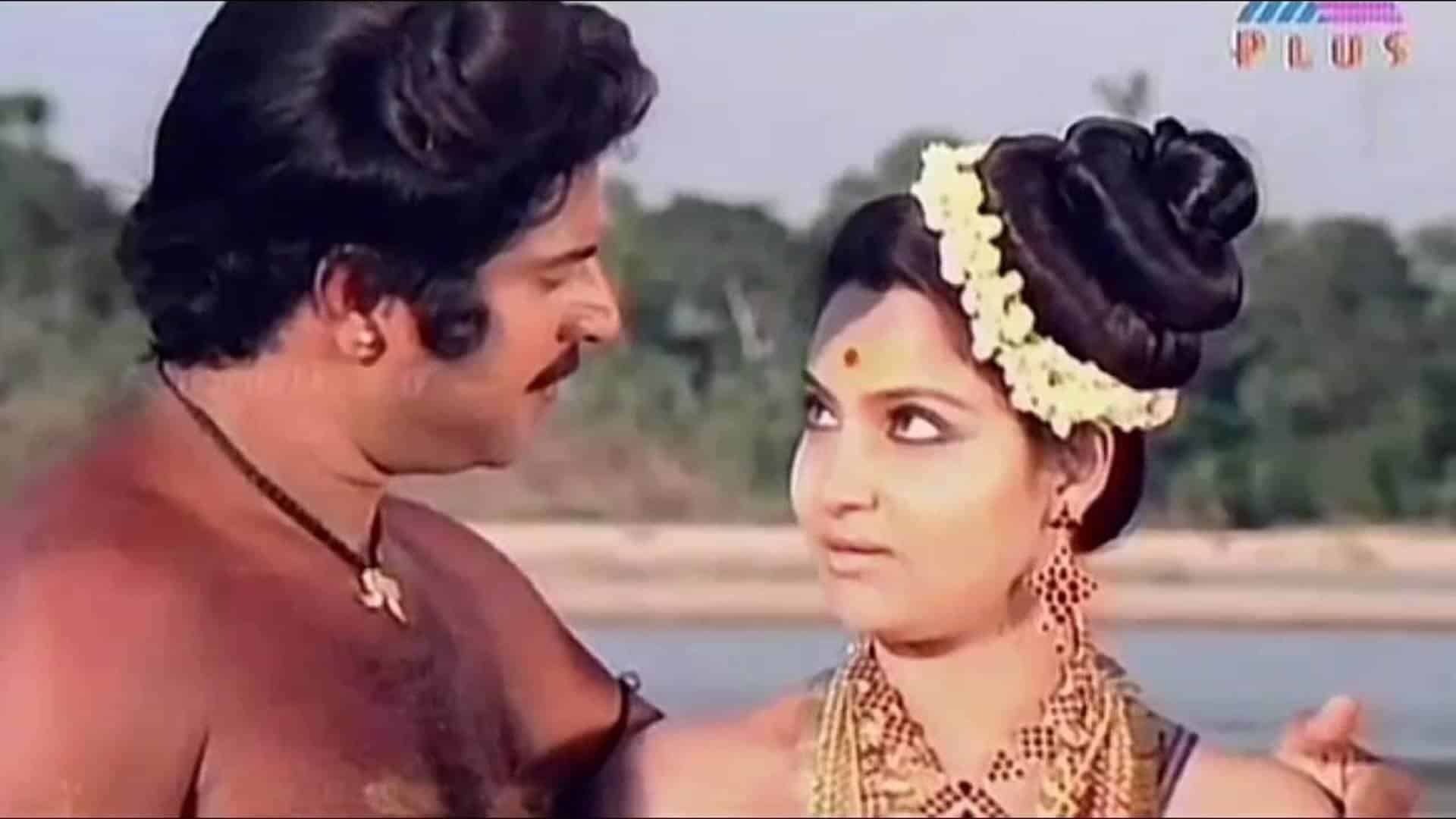 Oru vadakkan veeragadha is probably one among the best Malayalam movies ever made. The movie was released in 1989 and is iconic to a generation that wasn’t even born during that time. Some movies are just ageless! The movie stars the other superstar (the first one being Mohanlal) of the Malayalam industry, Mammootty in the lead role.

Chandu is brought up by his uncle since his parents passed away when he was really young. However, his cousin Aromal, who is of the same age group becomes jealous of him because Chandu is a quick learner and he gets appreciated for it. They grow up to be rivals and the rest of the film…. well you have to watch what happens! 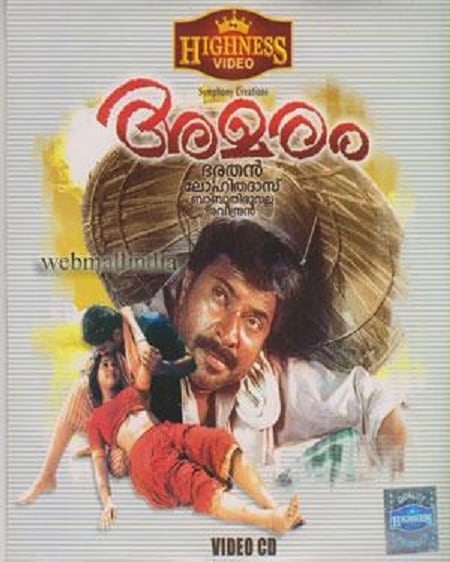 Amaram was released in 1981 and was directed by Bharathan. The movie is about a poor fisherman who wants his daughter to become a doctor. His dreams turn into nightmares when his daughter falls in love with another fisherman. Mammootty plays the protagonist, Achuty in this movie. 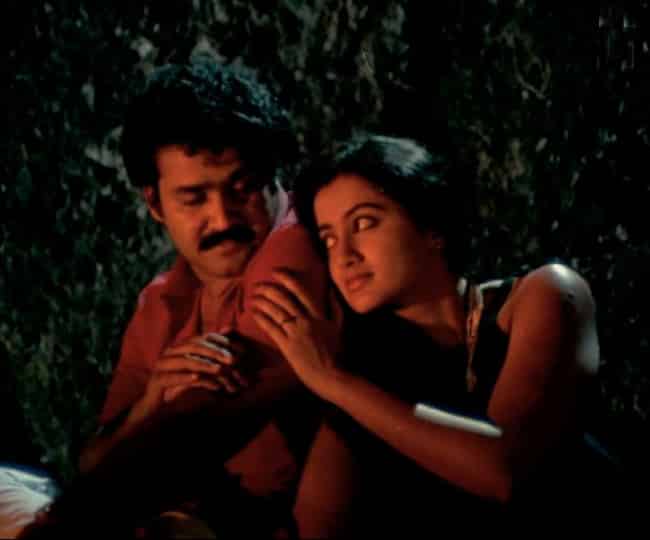 Thoovanathumbikal stars Mohanlal and was directed by one among the greatest directors of all time, Padmarajan. The movie, which was released in 1987 portrayed very bold and strong characters which weren’t very common in the industry at that time. Jayakrishnan, the protagonist is a young man who lives a dual life- one in his village, and a bold and dirty one in the town. He sleeps with a girl who is just about to start her life as a sex worker and comes to know that she was a virgin. Jayakrishnan feels guilty and offers to marry her. However, things get rough for him, when she decides to abandon him and vanish. 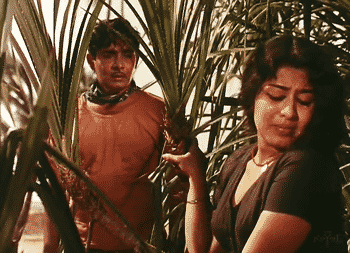 Chemmeen is the oldest movie in this list because it is an evergreen movie. The movie was released in 1965 and was directed by Ramu Kuriat. The songs and dialogues of this movie are very popular among movie lovers even now. Karuthamma, a young woman in the fishermen community falls in love with a Muslim man. Things become disastrous for them once her father and the whole community gets to know about their relationship. 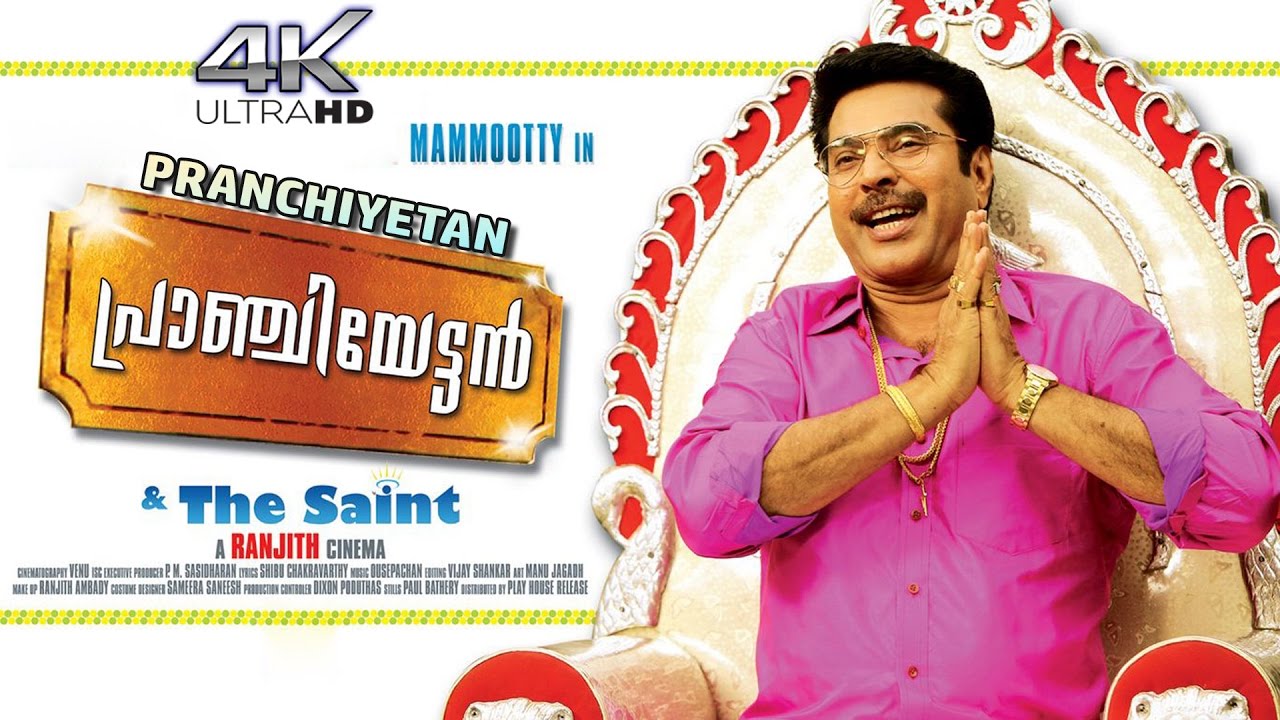 The movie was released in 2010 and was directed by Ranjith, who is one among the elite directors of contemporary Malayalam cinema. Pranchiyettan, is an innocent businessman who works hard to be successful in life, but he realizes that he needs to change the way he live and the way he thinks, for the good. Mammootty plays the role of Pranchiyettan. 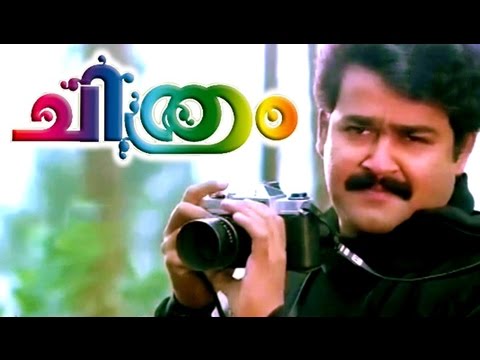 Chithram, directed by Priyadarshan was released in 1988. The movie stars Mohanlal and it is one among his best movies. Vishnu, is approached by Kalyani and her uncle to act as her husband in front of her dad. Her dad is coming to meet his daughter and the son in law she found for herself. However, the family and Kalyani herself gets attached to Vishnu before knowing his reality. What’s the reality of Vishnu? For that you will have to watch the movie! 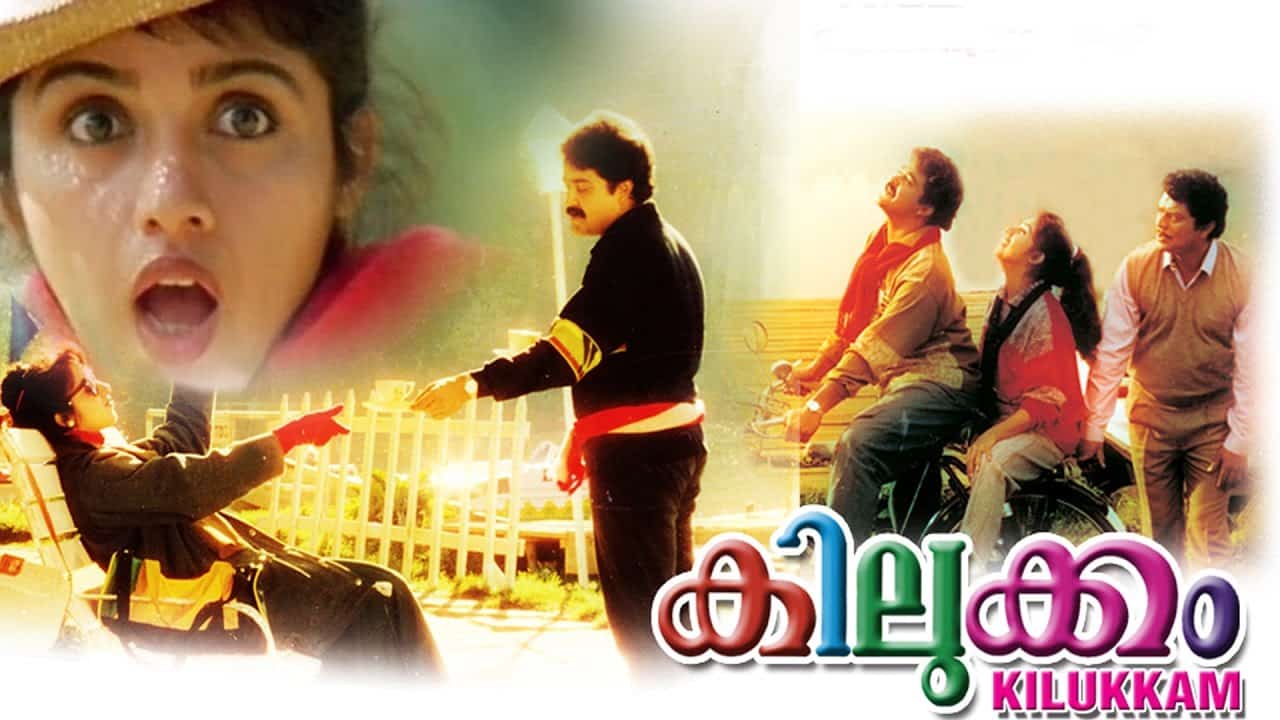 Kilukkam is yet another epic film of Mohanlal which was released in 1991. Joji, a tourist guide in Ooty meets Nandini who hires him to take her around. It doesn’t take long before he finds out that she’s mentally unstable and has got no money with her and now she’s his responsibility until he finds her parents. The movie takes a turn when Joji discovers that Nandini was just pretending to be mentally ill.

Before we wind up our list of the best Malayalam movies of all time, here are some honorable mentions. These movies are also as good as the ones I’ve mentioned above, and yes you will love them if you watch them.