If you love horror movies and you’re wondering why you haven’t seen a lot of good horror movies in bollywood, our list of best horror movies will help you find the right ones. On the other hand, if you are a person who keeps your eyes and ears closed most of the time you watch a horror movie, then you can be positive and consider watching these movies as a challenge.

It’s pretty obvious that we lag behind when it comes to good scripts and technical factors when compared to horror movies of big players like the Hollywood. Maybe this is the reason why bollywood movies are not doing very well at the box office as well as in the reviews of critics since years. However, most of the judgemental viewers skip some of the greatest horror movies because they expect nothing much from bollywood in terms of horror.

Since we don’t want you to miss some of the best movies which prove that bollywood is capable of making good quality horror films, here’s our list of the best horror movies of all time in bollywood. 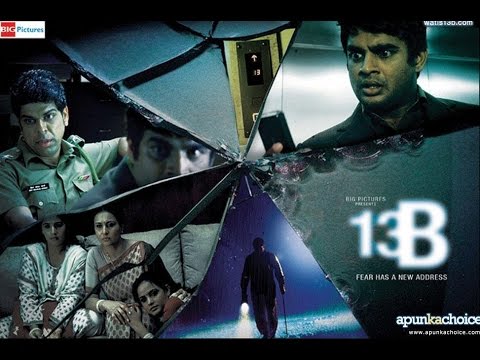 13B was released in both Tamil (Yavarum Nalam) and Hindi simultaneously with a bit different casts. However, the leading man for both the films remained R Madhavan who did justice to his role in a very appreciable manner.

The movie doesn’t have a lot of jump scare scenes but it makes you think really deep. The story is about a man who moves into a new apartment with his family. He finds out that there’s a particular TV serial that forecasts the things which are going to happen in his life. You can expect a lot of spine-chilling revelations as the protagonist searches for the reason behind the evil things that has been happening around him and his family. 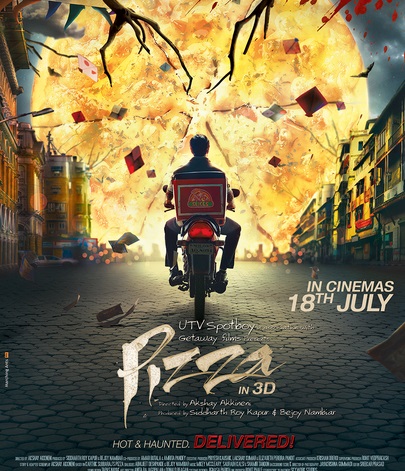 Pizza (2014) is the remake of the Tamil movie Pizza (2012) which is a psychological horror movie. This movie is a perfect blend of jump scares and thought provoking scenes that can numb your bones. Even though the Hindi version is really good, the Tamil one is slightly above it in terms of performance of the cast.

The movie is about a pizza delivery guy who gets trapped in a haunted house where he goes to deliver pizza. When you watch the movie, you will surely empathize with him and feel for at least a while that you’re trapped in there. The movie can give you chills for many days after watching it, that’s the beauty of its script. 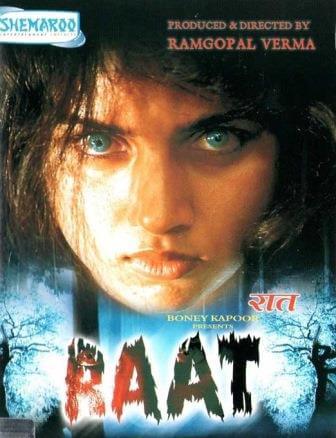 Raat is one among Ram Gopal Varma’s best movies ever. When it comes to horror and thriller movies in bollywood, Ram Gopal Varma is one among the highest ranked names. The movie scars your mind because of the script, amazing shots, and a very memorable performance by actress Revathi. If you’ve already seen Raat, you will never forget her marble grey eyes.

Mr and Mrs Sharma moves to a new house with their young daughter after which their daughter gets possessed. What’s different in this movie is that the girl is possessed by the spirit of a kitten! May be you won’t find kittens and cats very cute after watching this movie. 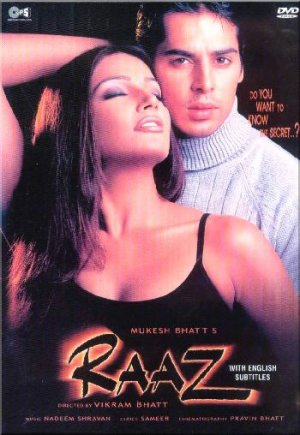 Raaz has been hailed as one among the best horror movies in bollywood since its release and yes, there’s a reason. The movie is inspired by the hollywood film What lies beneath. Raaz is one of Bipasha’s first horror movies, after which she acted in many others.

The story is about Sanjana and Aditya, a young couple who moves to Ooty amidst of a relationship crisis. Sanjana gets haunted by the ghost of an unknown girl, who reveals secrets about her and her affair with Sanjana’s husband before she died. 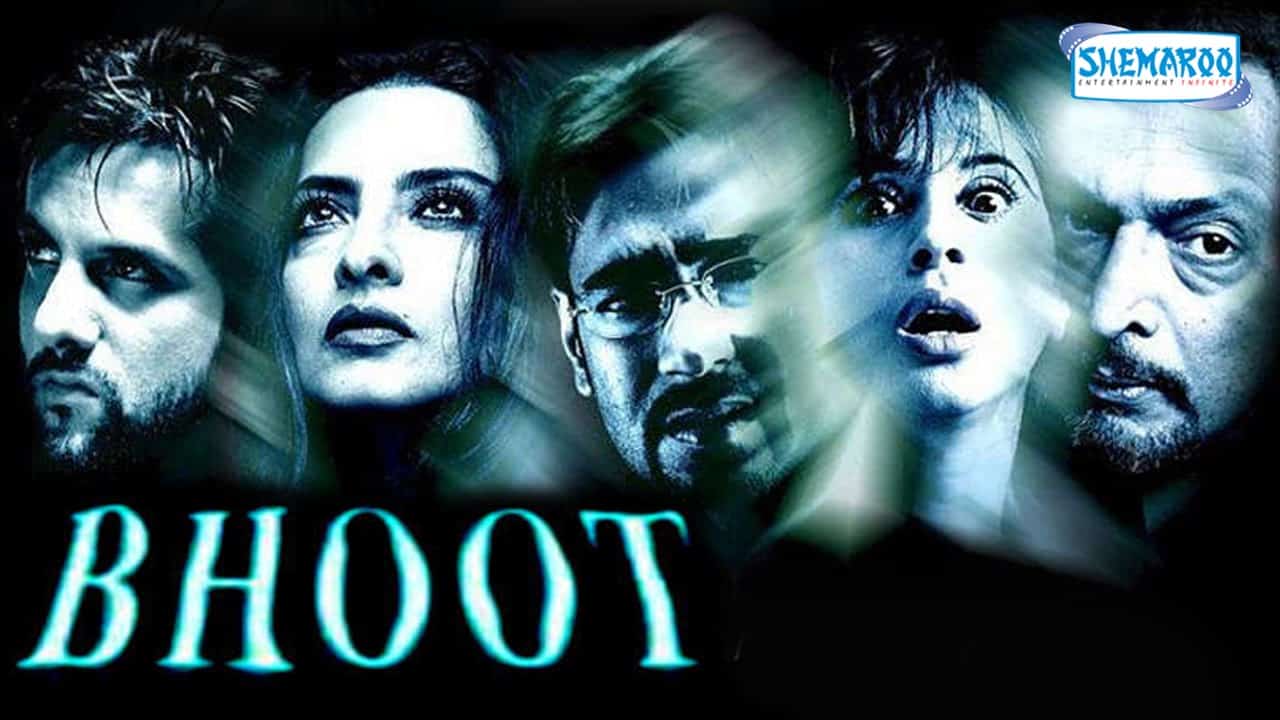 Bhoot stars the queen of horror movies, Urmila Matondkar and Ajay Devgan. The newly married couple moves into a flat which they discovers to be haunted. The wife, played by Urmila gets badly haunted and possessed by the spirit and nearly drives her into madness. The husband tries his best to rescue his wife and solve the whole issue. 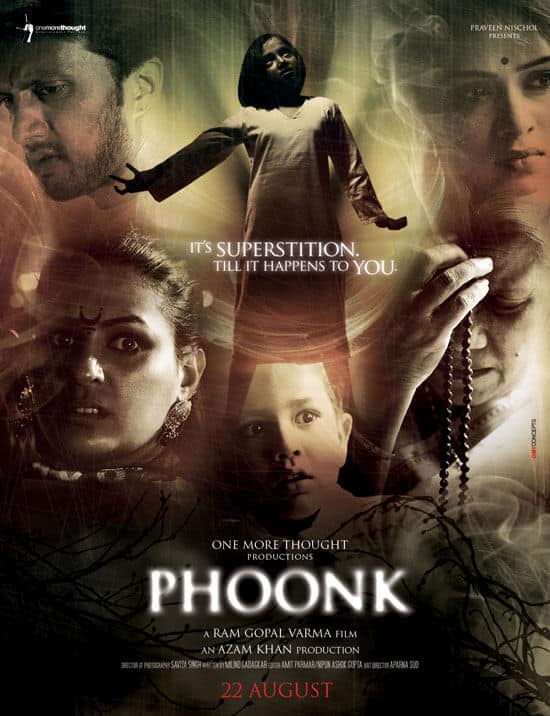 Phoonk is also directed by Ram Gopal Varma and yes, it is one among the best horror movies in bollywood. The story is about an engineer who encounters an evil spirit which changes his whole belief system about the non-existence of god and ghosts. 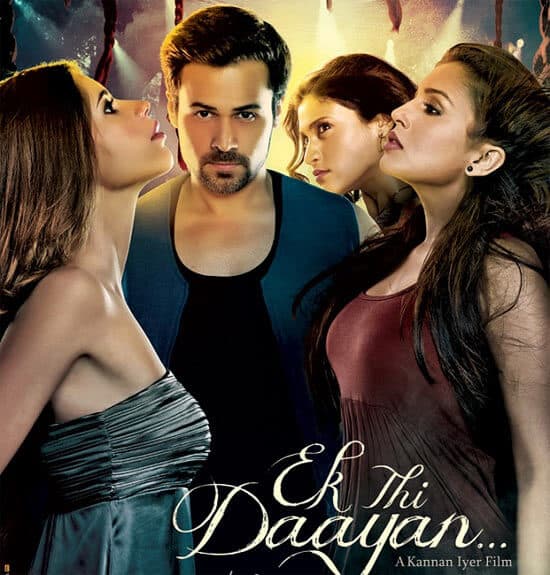 The movie stars Emraan Hashmi, Huma Qureshi, Konkana Sen Sharma, and Kalki Koelchin. The protagonist of the movie is a famous musician and the story unwinds as he gets haunted by the spirit of his sister. When he seeks the help of a psychiatrist, it is revealed that he and his sister had a terrifying past when their family was haunted by a spirit. 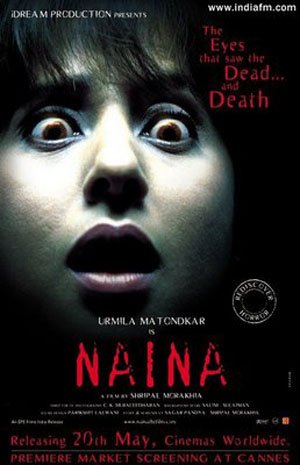 Naina is honestly one of the scariest movies you will ever watch. Urmila Matondkar truly proves that she’s the best when it comes to horror movies. A young girl who loses her parents and her sight in an accident, gets corneal implant to restore her sight. However, she later on discovers that the person whose cornea was implanted on her was cursed and that’s the reason why she’s haunted. 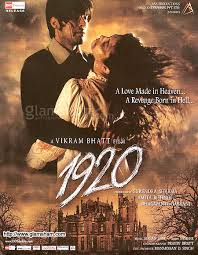 This movie is where Vikram Bhatt shows his capabilities in directing horror movies. A young couple moves into a haunted mansion and the girl gets possessed. Arjun, her partner tries to save her and discovers many secrets about the past of the scary mansion. 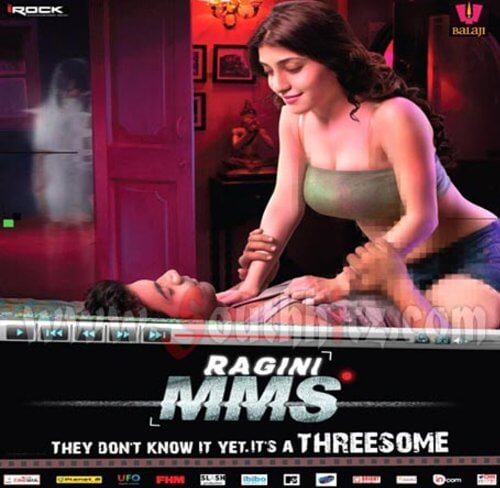 Ragini MMS 1 is one among Raj Kumar Rao’s first films and he right away lets you know about his immense potential as an actor. Uday and Ragini goes for a vacation in an old house, but Ragini is unaware of the fact that Uday had set up cameras in many corners of the house to shoot their intimate scenes. The whole story takes a turn when both of them discovers that the house is haunted. Uday gets killed and Ragini goes insane by the end of the movie.

So this was our list of the best horror movies in bollywood and we hope that you have a great time watching them. If we missed out something, let us know in the comments section below!

Also read: Best Malayalam Movies of All Time That Everyone Must Watch