Just a few days ago, Apple launched three of its new phones- Apple iPhone X, iPhone 8, and iPhone 8 Plus in Cupertino’s Steve Jobs Theatre. Out of all three, iPhone X has sought more attention than ever for being the special one. iPhone has completed 10 years of success in the market, making it obvious why the phone is iPhone “X”. The “X” means the roman number 10.

Ever since the launch, people are going crazy about what features make this phone special. Also, the phone is said to be the costliest one, which makes people a lot more curious about the features that deserve to be paid so much.  Let’s take a look at the much talked about specifications of the phone.

As usual, Apple has created two variants of the phone. One has a 64GB of internal storage and the other one comes with 256GB of internal storage. While we are not yet sure about the exact RAM for the new Apple phone, as per the leaked information, the Ram might be 3GB. This RAM is justified to be since iPhone X comes with a higher-density display.

The screen is going to be of 5.8 inches with a resolution of 2436X1125 pixels. Also, OLED panels have been used in the iPhone X. The new Apple iPhone X comes with a dual rear camera. It is a 12-megapixel shooter that comes with dual-tone flash. While one of them uses F1.8 lens, the other one uses F2.4 aperture along with a telephoto lens. The front camera has a lens of F2.2 and is 7 megapixels.

The processor in iPhone is an upgraded one from A10- which is Apple’s A11 processor. This processor has a total of six cores out of which two cores are high-performance cores. What makes them better than the A10 processor’s cores is the fact that the new ones are 25 percent faster than those. A10 processor was used in iPhone 7 and iPhone 7 plus as well. The other four cores that are 70 percent faster cores when compared to the same in the A10 processor are power-efficient cores. The battery power of the iPhone X has not been disclosed yet. But since the phone is bigger than iPhone 7, the phone is said to have a better battery backup by 2 hours or so.

The phone has two variants as discussed already, based on the internal space. And the phone weighs about 174 grams. 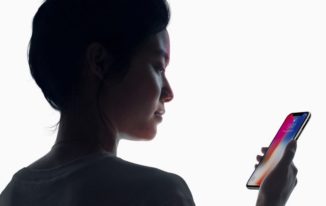 The first and the most talked about feature that has grabbed people’s attention is what Apple calls “Face ID”. This is basically a feature that lets you unlock the phone using your face. The phone scans your face and gives you an access to it. This feature is said to be incredibly accurate with just one miss out of a million trials. Besides being super-accurate, this is also super-fast. The face detection is carried out using the front camera and infrared supported by a depth-sensing technology. Additionally, using the flood illuminator, the phone can detect your face even when it is dark. The face Id is so accurate that you can’t play around even by using photographs. No matter if you grow a beard, change your hairstyle, or wear your glasses, the face ID won’t make a mistake in detecting your face and giving you an access to the phone.

You can also make Apple Pay purchases using the feature of Face ID, which was previously done using the Touch ID. Once your face is detected, you can double tap the side button for confirming the payment. There is another feature called “attention aware” associated with Face ID, using which the phone knows when you look at it. Using this feature, the phone displays notifications even when the phone is locked only when you look at it. Also, when an alarm rings and you look at the phone, it senses your attention and lowers the volume of the alarm.

The second feature is actually a change in the traditional design of the phone. Unlike the previous Apple iPhones, the new Apple iPhone X does not have the home button. The area that would’ve been assigned to the home button has been changed to screen, which means the screen space has become bigger, including the fact that it has an edge-to-edge display. The phone fits the hand comfortably and is bezel-less. While the home button has totally been taken out of the design, you can reach the home screen by swiping upwards. Similarly, to switch to another app, you swipe up and wait for a second or so. The side button is larger which allows a conversation with Siri when you hold down on the side button. When you press the side button and volume up simultaneously, you get a screenshot. This total change in design is after almost 4 years that Apple has brought, after iPhone 6. 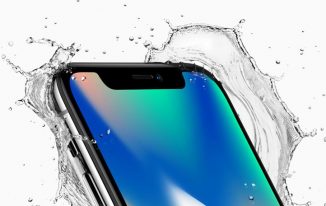 Apple iPhone X is made of glass and steel. While the front and back have glass, the phone’s frame is made of stainless steel. Also, the phone is microscopic-level resistant to dust as well as water. You can immerse the phone in water for 30 minutes without causing damage to the phone. This definitely means the phone can be exposed to rains and splashes without having to be concerned about the water penetrating the phone. However, the phone should not be intentionally exposed to dust and water since the resistance reduces as the phone gets old. Also, you would definitely want to avoid intentional exposure since the warranty doesn’t cover damage due to water.

The phone has a Super Retina display- which means the phone comes with Dolby Vision, 3D touch, and HDR 10. Also, the contrast ratio is million to one. The Super Retina display brings you accurate colors, high resolution, and great color contrast. The phone has a True Tone technology that helps reducing strain to eyes. The phone changes its hue according to the surrounding. The phone has an OLED screen, which is something new. While it is said that Apple has planned to make all the upcoming phones only with an OLED screen, this is the first step towards it.

As discussed already, the new Apple iPhone X has a dual rear camera with telephoto lens. Basically, what the telephoto lens does is- it lets you click pictures that are high quality even when it is a close-up. You can even make the background look blurred and add a portrait effect to the pictures. Features like optical image-stabilization and better colors in the portrait mode are a blessing for anyone who is in a habit of clicking picture way too often. The cherry on top of the cake- even the front camera has the feature of portrait lighting. 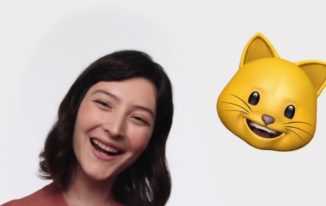 Using this new Apple phone, you can personalize the animated emoticons for yourself. With how important social networking has become, this feature lets you derive more fun out of conversations. If you wonder what to tell if your friends ask you about the feature, you call it “animojis”. You can create and customize these animojis using your own facial expressions since the iPhone X can capture about 50 facial expressions and movements.

A major change in the way the phone gets charged is that it has a wireless charging system. You can use the new AirPower charger for charging your iPhone X. however, the AirPower will only be released next year. To add to the convenience, it claims to get charged by 50 percent in mere thirty minutes. Every iPhone comes in a variety of colors and this one does too. You can choose from three colors which are- silver, gold, and gray. We’ve seen these three colors in older iPhones since long, so these aren’t new or different.

Talking about when it will be out on sale, the date that has been declared for the new Apple iPhone X is 3rd of November, this year. What’s great is- it is the first time that Apple has chosen India as one of the countries where it sells the new iPhone at the first shot itself. India sees greater sales during the festive times. Since iPhone X will be launched in November, it is going to miss the Diwali sale. Be it whatever, people would anyway want to buy the new iPhone X no matter when it is up for sale.

Talking about the price of iPhone X, the starting price of this new iPhone is said to be 89,000 Rupees, which means the one with 256Gb of internal space would only be costlier. Since all the features are quite new and another level, people would definitely want to explore the features by buying the phone. If you want to book for your new Apple iPhone X, the booking starts on October 27th of this year.