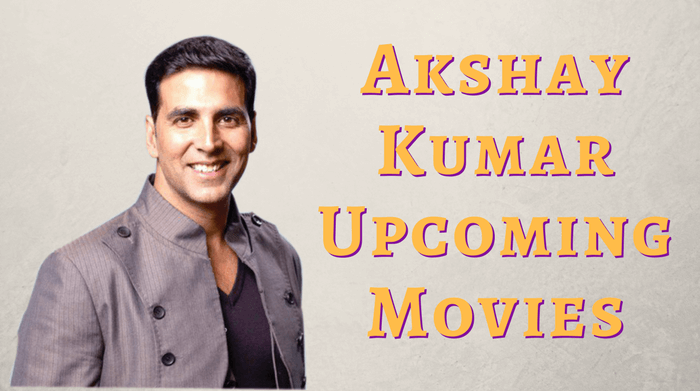 Akshay Kumar is one of the most successful superstars Bollywood has. Akshay Kumar’s real name is “Rajiv Hari Om Bhatia” and he belongs to a Punjabi family. In his early days, he lived in Chandni Chowk (Delhi) and was a trained in martial arts and became a martial arts teacher.

We’ll start by appreciating his recently released movie and move on to discuss his upcoming movies. To make this article even more useful for fans of Akshay Kumar, we have shared some interesting fact about him in the end. 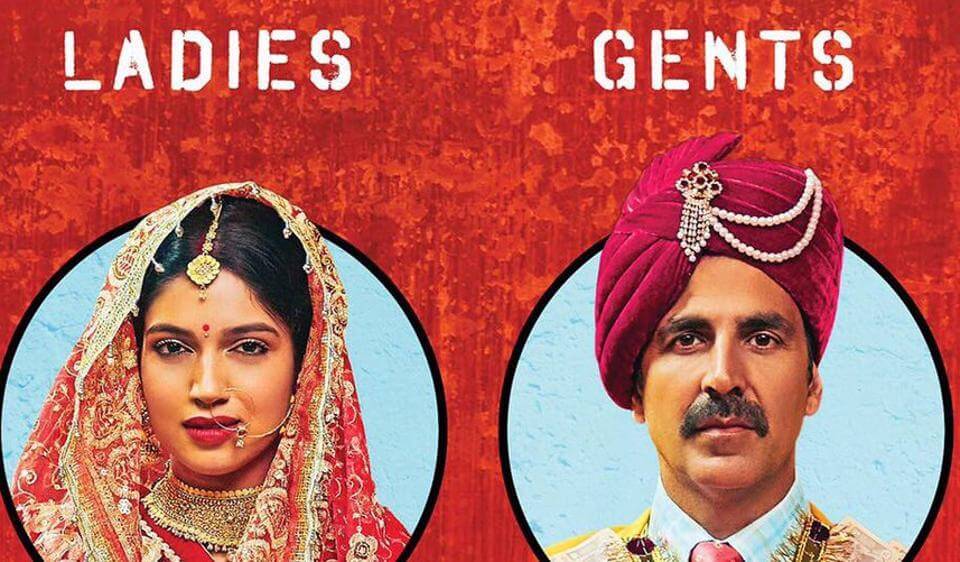 “Toilet: Ek Prem Katha” was released on 11 August 2017. The movie was based on the critical subject of cleanliness, and to be more specific, how women in some of the remote places have to defecate in the open.

Currently, there is a lot of Sanitation issue in rural parts of India and to catalyze the Swatch Bharat Campaign, this was a very nice initiative taken by our favorite actor Akshay Kumar. Akshay played the lead role in this movie along with Bhumi Pednekar.

This movie was directed by Shri Narayan Singh and made a great success. It paved a path for movies of the same kind- movies that generate public awareness since media is a very strong tool and can be used in changing people’s way of thinking for the better. 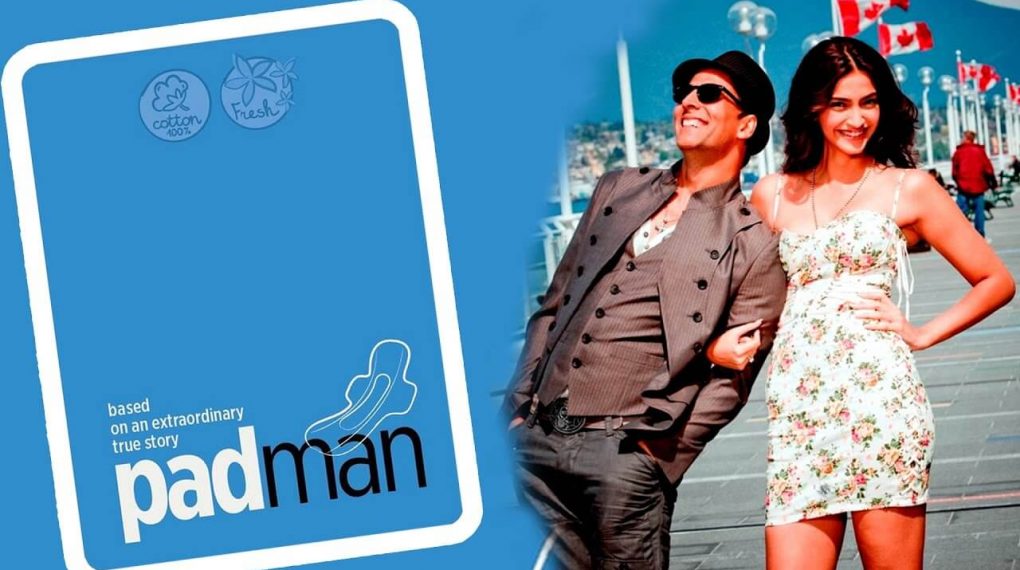 The next movie of Akshay Kumar is Padmam which will be released later this year. The movie has been directed by Twinkle Khanna. The movie is based on a real-life story of the Arunachalam Muruganantham who invented low-cost sanitary napkins to help rural women. This movie is another one in the efforts to create an awareness of how important it is to use sanitary napkins. You will also get to see Amitabh Bachchan, Sonam Kapoor, and Radhika Apte along with our favorite Akki. 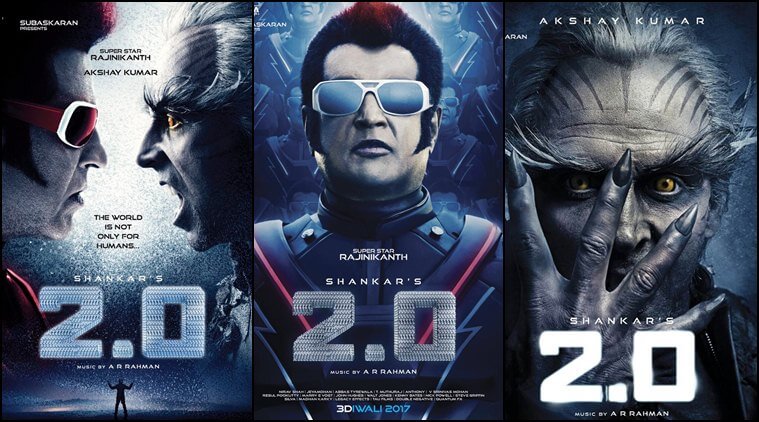 You must remember Robot which had Rajinikanth, right! So, Here comes the sequel of much-appreciated Robot movie. After witnessing such a huge success of Robot, here comes Robot 2.0. This upcoming movie will have Akshay Kumar as the Villian opposite to Rajinikanth sir. Though Akshay has never done any main character as a negative role, it will be really amazing to see him as the villain. Not only this, as per the rumors Robot 2 will be one of the costliest film ever in the history of Indian cinema. The budget of Robot 2 is around Rs 350 crore and no doubt we will get to see some high-quality VFX effects. 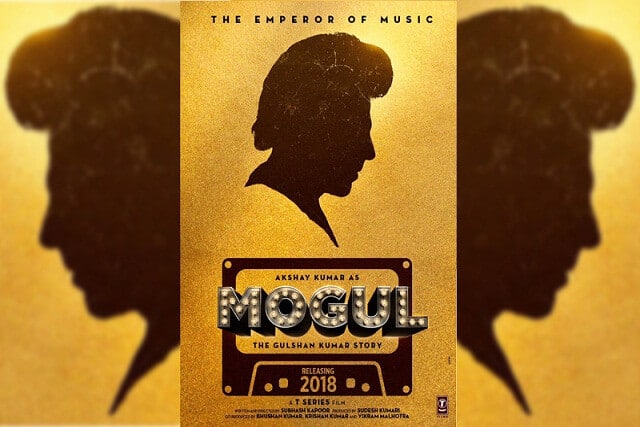 I hope you know about “Gulshan Kumar”, do you? Gulshan Kumar was the founder of T-series which is the biggest Music production house in India now. “Mogul” is based on the life story of Gulshan Kumar and is going to be launched in 2018. We have already seen the great collaboration of Subhas Kapoor with Akshay Kumar in “Jolly LLB2”. And we will get to see another great collaboration of both the great personalities which will bring one of the best hits of the year 2018, undoubtedly. 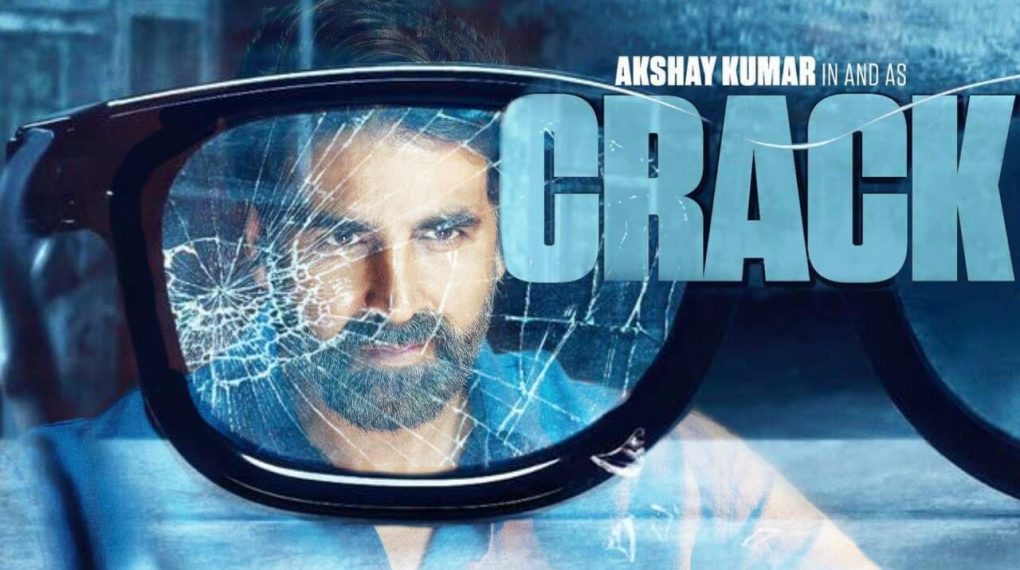 After giving huge hits like Special 26 (2013), Baby (2015) and Rustom (2016), Akshay Kumar is back again with another collaboration with Neeraj Pandey. This time they are going to work on a very different story which will be a psychological thriller. As said by Neeraj Pandey, The movie is in pre-production phase right now and will start the shoot as soon as the script is completed. So, Let see how this Akshay Kumar Upcoming Movie will surprise us this time. 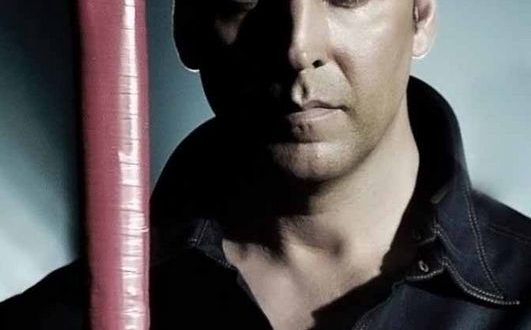 If you remember Mary Kom (2014), Sarabjit (2016), you know the genre well, and this movie goes into that lot. This upcoming movie of Akshay Kumar is going to be a Bio-pic which would be directed by Omung Kumar. Most of the shots have been taken in streets of London and other parts of Britain. Let’s wait for this upcoming Bollywood movie of Akshay Kumar as no exact date has been given by the team of “Five“. 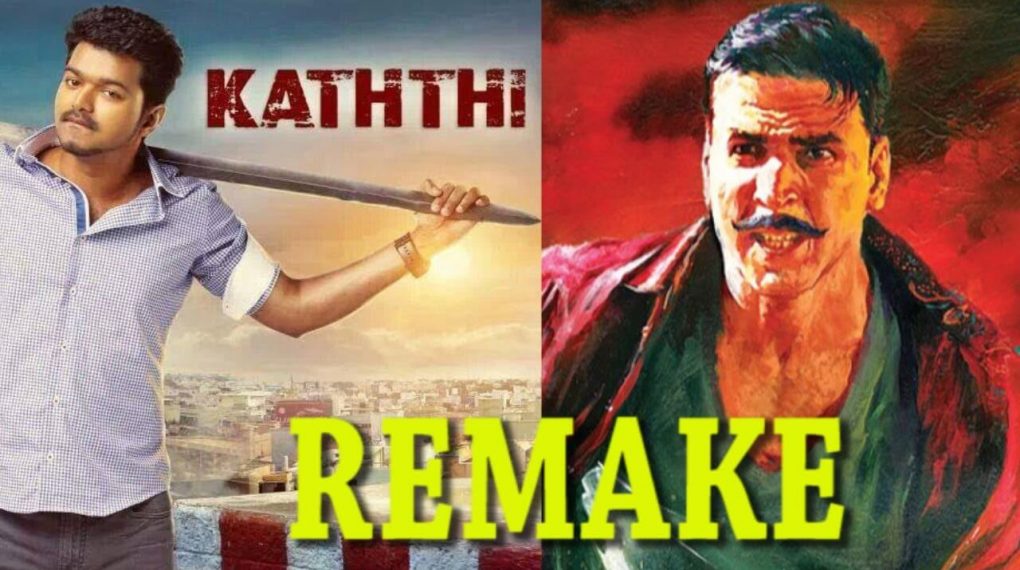 We’re sure hundred percent population of Tamil Nadu might have watched Vijay’s movie called Kaththi. For North Indian people, the number might come down to about ten percent. So, Ikka is the remake of this movie with Akshay Kumar in the lead role. This is a very high budget film and is proposed to launch in 2018.This movie will hit theaters in late 2018 and there is a lot of buzz about the movie already among South Indian fans of Akshay Kumar. 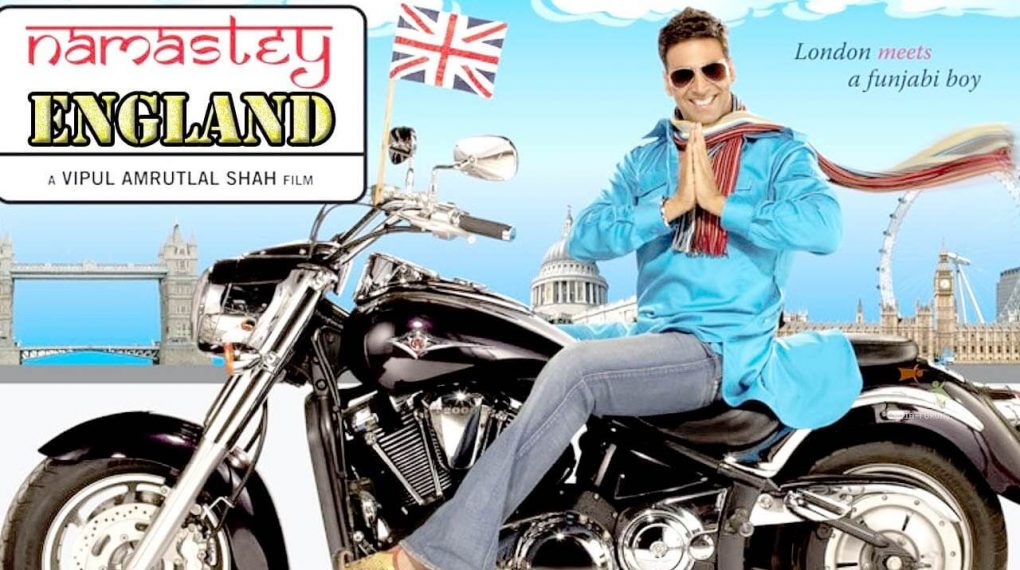 No one can forget “Namaste London” which was one of the biggest hits of Akshay Kumar as well as Katrina Kaif. So in this new movie of Akshay Kumar with Sonakshi Sinha, we will get to see some more drama and more of entertainment. Namaste England is the sequel to Namaste London and would be released at the end of 2018, probably on Diwali. For Katrina Kaif this might be a sad news as she has been replaced by Sonakshi Sinha for the lead actress role. 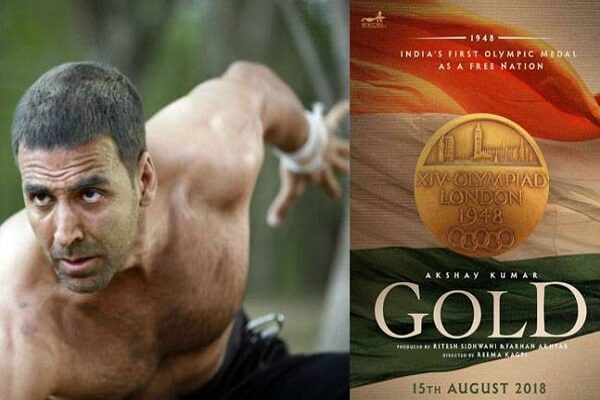 “Gold” is a real-life story which is based on Balbir Singh who led Indian hockey team in 1948. The team won the first Olympic Gold medal for the country as a free nation. We will get to see the hardships and the story related to the crisis of 1948. I personally think it would take us decades back same as Bhaag Milkha Bhaag did. Since Akshay Kumar is very much into fitness and athletics, it would be really great to see him in the sports mode! 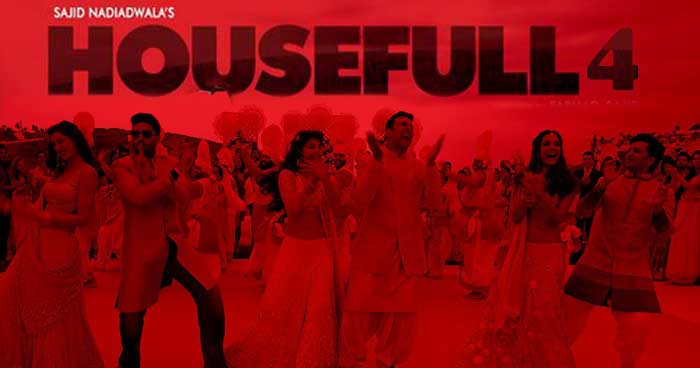 All the movies of Houseful series were literally Houseful. We have all experienced pain in the stomach and tears in the eyes from all the laughter these movies have given us. Akshay has been amazingly good at comedy in these movies. So the good news is- they will be back again in 2019 with the 4th part of Houseful and are going to give us some serious laughs, once again. We might see some new stars in this movie like Jacqueline and Sidharth Malhotra. But if Ritesh and Akshay Kumar are in the latest movie, then there would be a lot of humor for sure. This upcoming movie of Akshay Kumar is expected to release in starting of 2019. 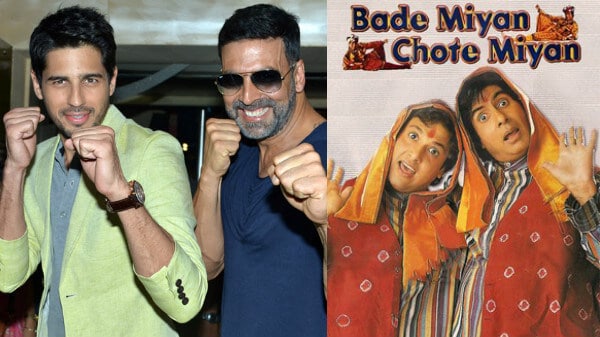 After knowing that there would be a remake of Bade Miyan Chote Miyan, I was personally very happy. I really liked the old version of the movie which starred Amitabh Bachchan and Govinda. And in the remake of this movie, we will get to see Akshay and Siddharth Malhotra as main actors. This upcoming movie of Akshay Kumar is in the scripting mode and soon we will get to hear something about this movie. The movie will be directed and produced by Vashu Bhagnani. 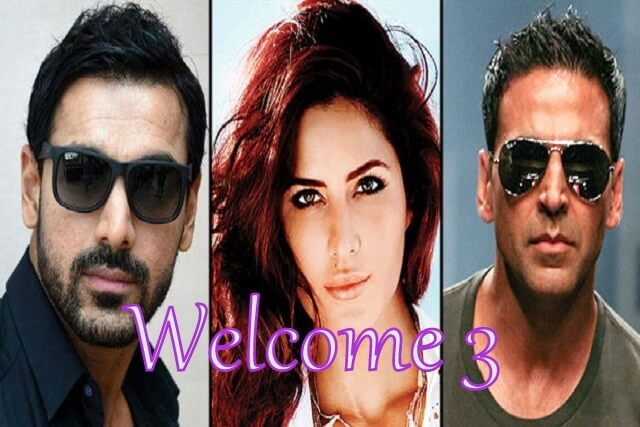 Last but not the least, Akshay will be seen in Welcome 3 which is the 3rd sequel to the very famous movie- Welcome. As per the Bollywood news, we will get to see John Abhram and Akshay Kumar in the lead roles. Katrina Kaif will be seen as the lead actress in the movie and we all have high expections for sure.. 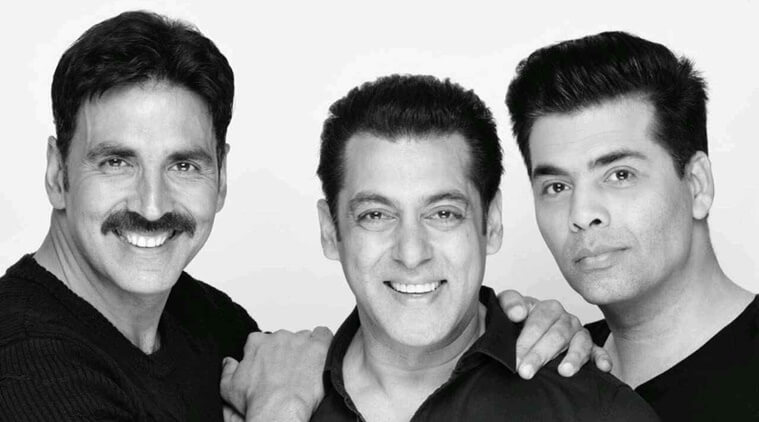 We hope you really liked our post about Akshay Kumar upcoming movies list. As we have more of Akshay Kumar’s movies in the future, the list will be updated. Don’t forget to visit us again the future!