Airtel is one of the best telecommunication company in India in terms of the number of subscribers and the availability of network across the country. In fact, Airtel India the largest mobile telephony provider in India and is the second largest fixed telephony provider in India next to BSNL. Bharti Airtel is also one of the first telecommunication companies to start its 4G services in the country and at present, it has 4G coverage in more than 400 major cities across India and it’s expanding at a very rapid pace by providing good Airtel 4G prepaid postpaid plans.

As per TRAI, Airtel provides the second fastest 4G speeds in India after Reliance Jio and its customer base is more than 250 million users across the country. Bharti Airtel has partnered with Huawei, Nokia, and ZTE to build and distribute the 4G network in India, which makes them so effective. The company has also started providing VoLTE in Mumbai and aims to spread it all across India by March next year.

With average 4G speeds of 9.27Mbps Airtel is still improving and trying to bring in innovation into the telecom market. The 4G data plans of Airtel varies from state to state across India. So, if you’re already an Airtel user or want to switch to Airtel from your existing telecom provider you might want to know the Airtel 4G prepaid postpaid plans before proceeding.

Airtel has exciting 4G plans and offers for its customers, which may differ according to their home state. The image below shows the best-selling Airtel 4G postpaid plans that are popular among people.

The image clearly shows that Airtel 4G postpaid plans start from a mere Rs. 299 and go up to Rs. 1199 and above. You can see that the Rs. 299 and the Rs. 499 plans have roaming charges and the plans above Rs. 499 have no roaming charges. The amount of data provided by Airtel in its postpaid plans is very good, especially when compared with the price of the plan. Additionally, Airtel is also providing Monsoon Surprise Offer to its customers in which the postpaid users get 30GB of data for 3 months. This means that if you have or opt for an Airtel 4G postpaid connection, you’ll get 10GB data free every month for 3 months.

If you want to know about the other Airtel 4G postpaid plans, you can click on here to get more details.

Just like the postpaid plans the prepaid plans also have some difference when it comes to different states. Here are some of the best Airtel 4G prepaid plans for some selected states.

With Reliance Jio providing cheap unlimited 4G data packs to lure the customers, the battle between the telecom providers has intensified many folds. To keep up with the trend almost all the telecom providers are now launching exciting unlimited data offers to gain and retain their customers. Airtel too is not far behind as it has newly launched unlimited 4G plans for its users that not only provide unlimited data but also provide free calls as well.

After the launch of Reliance Jio’s 399 plan, which provides the users with 84GB data with free calls and SMS, Airtel has responded with its own 399 plan. This offer is available for all the Airtel prepaid customers across India. The offer includes 84GB data with a validity of 84 days. Furthermore, it also provides unlimited calls and SMS as well to any telecom provider in the country.

Like the Jio’s 399 offer, Airtel’s 399 offer also doesn’t provide you 84GB in one go instead it provides you 1GB per day. Once you complete your daily quota of 1GB You don’t get any FUP which is the only disadvantage that this plan has when compared to Jio.

However, the plan includes 70GB data for the validity of 70 days, which means you’ll get 1 Gb data every day for more than 2 months at a very affordable price.

You can find about the other Airtel 4G prepaid postpaid plans by visiting Airtel’s official website or by just clicking here.

If you’re already an existing Airtel user but haven’t upgraded to its 4G services yet, here are the steps how you can do it.

Steps for activating Airtel 4G in your mobile

Once you follow the aforementioned steps to upgrade from 3G to 4G, you’ll receive a new SIM from Airtel which wouldn’t be active initially. You will have to follow some steps to activate the SIM and start using the 4G services, here are the steps.

Once you’re done with the whole process, you’ll be able to use the 4G services of Airtel. However, it’s recommended that you go through the Airtel 4G prepaid postpaid plans and recharge a plan in your number before accessing the data services. 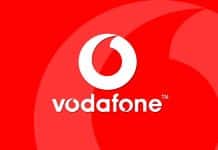 PhonePe Offers, Coupons for May to get 100% Cashback 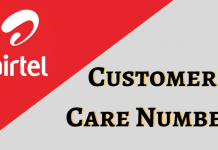